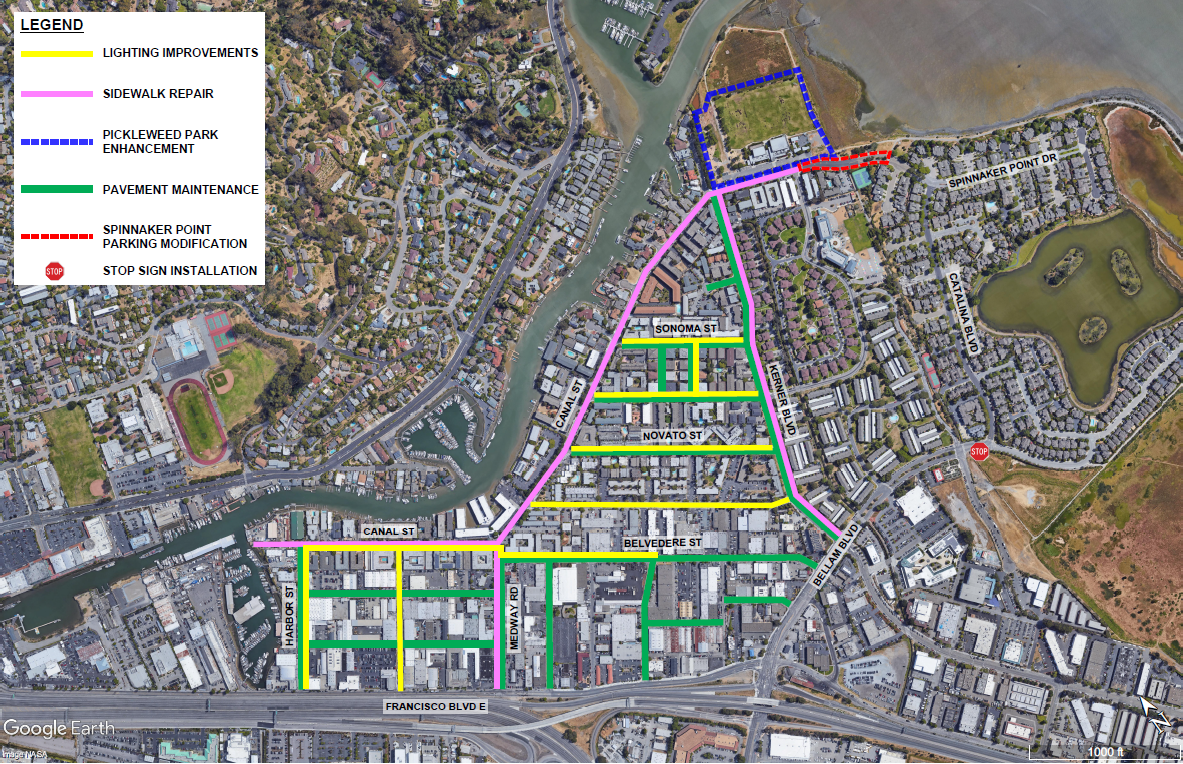 The Canal neighborhood's sidewalks are heavily used due to high pedestrian and bicycle activity, in addition to their age and proximity the San Rafael Canal. Public Works staff have identified the popular thoroughfares of Canal St. and Kerner Blvd. for sidewalk maintenance repairs beginning Monday, December 12th through Wednesday, December 28th.

In addition to its sidewalks, the Canal neighborhood's streets experience significantly more traffic and fall into disrepair due to the higher concentration of vehicles per residence. In response, Public Works staff have selected several streets in the Canal neighborhood to be improved through the City's pavement management program in FY 2022/23.

See the map of planned sidewalk repair and pavement maintenance projects in the Canal district here.

Pickleweed Park and the Albert J. Boro Community Center serve as a gathering point for San Rafael’s communities where partnerships and collaborations engage public, private and civil sectors in delivering services that better the neighborhood, the City of San Rafael and the County of Marin. Typically, the heavily used sports fields are closed for six months of the year to repair and rejuvenate the natural turf.  The community highlighted converting the field to synthetic turf for year-round access as a top priority. From this feedback, the City developed a conceptual plan, which was used in 2020 and 2022 to apply for funding from Proposition 68 and the Land and Later Conservation Fund. The City is happy to announce that, as of July 2022, California State Parks has recommended the Pickleweed Park Enhancement Project to the National Park Service for a Land and Water Conservation Fund grant.

To learn more about the Pickleweed Enhancement Project, visit the dedicated webpage here.

To help alleviate the community’s need for additional parking, modifications will be made along the north side of Spinnaker Point Drive near the Albert J Boro Community Center. The sidewalk will be realigned and angled parking will be installed. This will add 16 new parking spaces for nearby residents.

The project started construction on Monday, October 10th and has made significant progress since.  New concrete for the re-aligned curb and gutter and accessible parking stall has already been poured.  The project will continue to move West towards the Community Center, removing and installing new concrete sidewalk as they progress.

There have been small delays due to weather, but the project continues to move forward.  The week of December 12th, the contractor began to lay conduit for the 4 new streetlights that will be installed.  The new streetlights are expected to arrive before the end of 2022 and will be installed in early January.  The final phase of the project will be to stripe the new parking stalls.  The entire project is projected to be complete by late January 2023.

Learn more about the Canal Based Transportation Plan here.

We are excited to announce that City of San Rafael has been selected to receive a $1M grant from the California State Library’s Building Forward program to redesign and expand the interior space at the Pickleweed Branch library. This grant will allow us to increase public and staff space within the current footprint of the building by creatively redesigning the interior of this much-loved branch library to improve both the patron and staff experience. The Building Forward program prioritizes projects in high-poverty areas and those that address life-safety and critical maintenance and infrastructure needs. The grant requires a 100% match, which the City will achieve through the gracious memorial funds that have been established for improved Library facilities and services.

The Department of Public Works is partnering with PG&E to establish an underground utility district (UUD) on Canal Street between Medway Road to Spinnaker Point Drive as part of the “Rule 20A Utility Undergrounding Program.” The Rule 20A program and this partnership will greatly benefit the community by initiating a project to remove and underground unattractive overhead wires. In late-September 2022, City staff, PG&E, and other utility representatives walked along Canal Street and its adjoining side streets to confirm limits of the new UUD, discussed potential challenges, and identified points of connection to the existing utility systems. City staff continues to meet and work with PG&E representatives to update and finalize the boundary of the new UUD.

View the Public Meeting on Canal Area Improvements at the Link Below (Passcode: U5=@e#fj)

Dredging to continue in San Rafael Canal through February, 2023

Dredging to continue through February 29, 2023 in San Rafael Canal The US Army Corps of Engineer's and City of San Rafael's dredging contractor, The Dutra Group, will continue dredging operations in the San Rafael Canal in the month of February, 2023. Due to extreme weather activity in January 2023, some dredging activities have been... 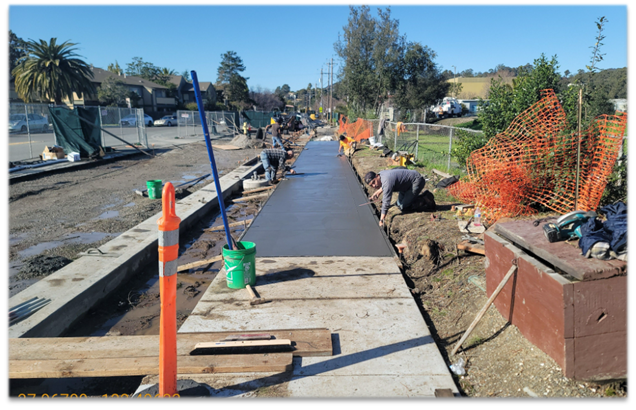 Construction continued this week on Public Works’ Spinnaker Point Park Modification project.  The project had been on hold for the past couple of weeks due to the recent weather conditions.  The current forecast shows at least a week of dry weather ahead.  Our contractor, Michael Paul, will be moving quickly to complete the project by...

Dredging to continue in San Rafael Canal through January, 2023

On Tuesday, November 29, 2022 City of San Rafael Public Works staff hosted residents of the Canal, Spinnaker, Bay Point, Bahia and surrounding neighborhoods for a virtual public meeting to share information and solicit feedback on a number of neighborhood improvements planned for the general area. To view the meeting, follow this link: https://cityofsanrafael-org.zoom.us/rec/share/EGDgFn3AmJlHUfYRl3YHU9F7gpT8cWQHJTnbqAvGRiPn6H-NliYXkQngy1gOkhkL.bZT29oz4A2DpENrU Passcode: U5=@e#fj

The City has been working hard with PG&E to get lights installed on locations identified from the Canal Community Based Transportation Plan. Last spring, City staff identified 42 locations where PG&E had existing poles, but no lights. In June 2022 PG&E met with the City about the project and the strong need to provide lighting...

Public Information Meeting for the Canal Neighborhood and surrounding area

The City of San Rafael invites residents of the Canal, Spinnaker, Bay Point, Bahia and surrounding neighborhoods to a virtual public meeting to share information and solicit feedback on a number of neighborhood improvements planned for the general area.  The meeting is scheduled for Tuesday, November 29, 2022 at 6:00 p.m. The link to participate... 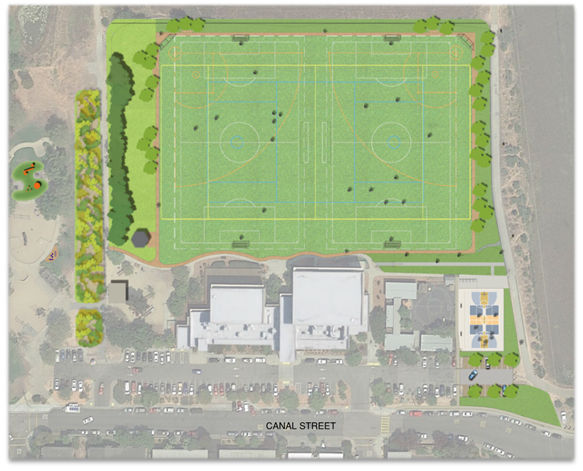 The Pickleweed Park Enhancement Project will expand and increase outdoor recreation opportunities at Pickleweed park. With the City Council’s approval on Monday, November 7, 2022, the professional services agreement for landscape architectural and engineering design services associated with this project, City staff and City’s design consultant (Gates + Associates) have initiated the design phase of...

Many of the streets in the Canal neighborhood were recently resurfaced as a part of the City’s annual Pavement Management Program. Unfortunately, Larkspur Street was not a good candidate for the material that was used for that project due to the condition of the roadway. The city is planning to resurface Larkspur Street during the... 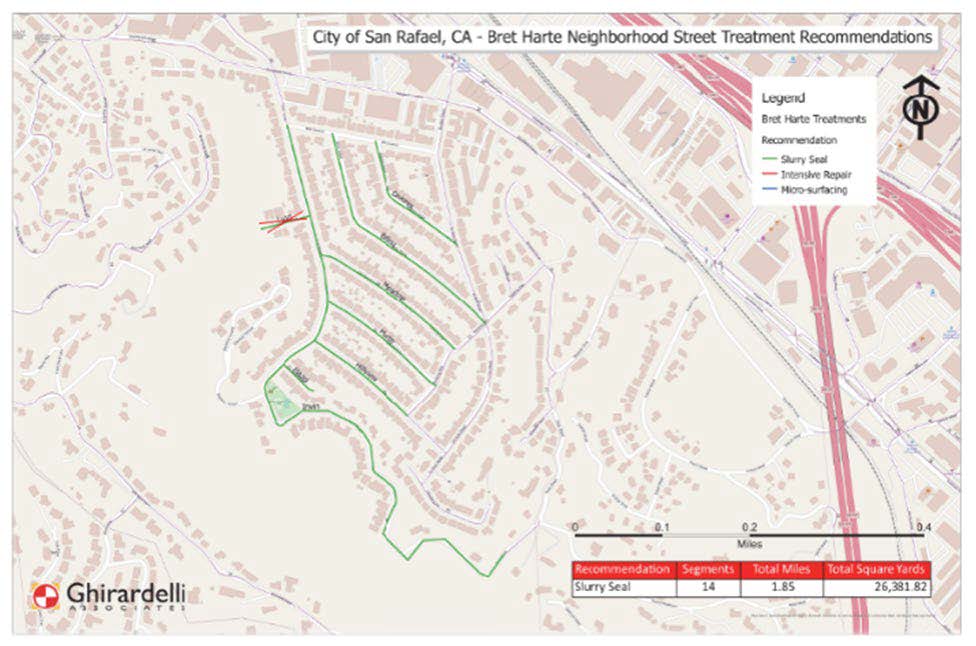 The City’s annual Pavement Management Program started this week. The contractor is doing the preliminary work for the slurry sealing of the next 8 +/- miles of the City’s Road network. This year’s Pavement Management Program includes the removal of traffic striping, crack sealing, placement of Slurry Seal, and the installation of new striping. The...