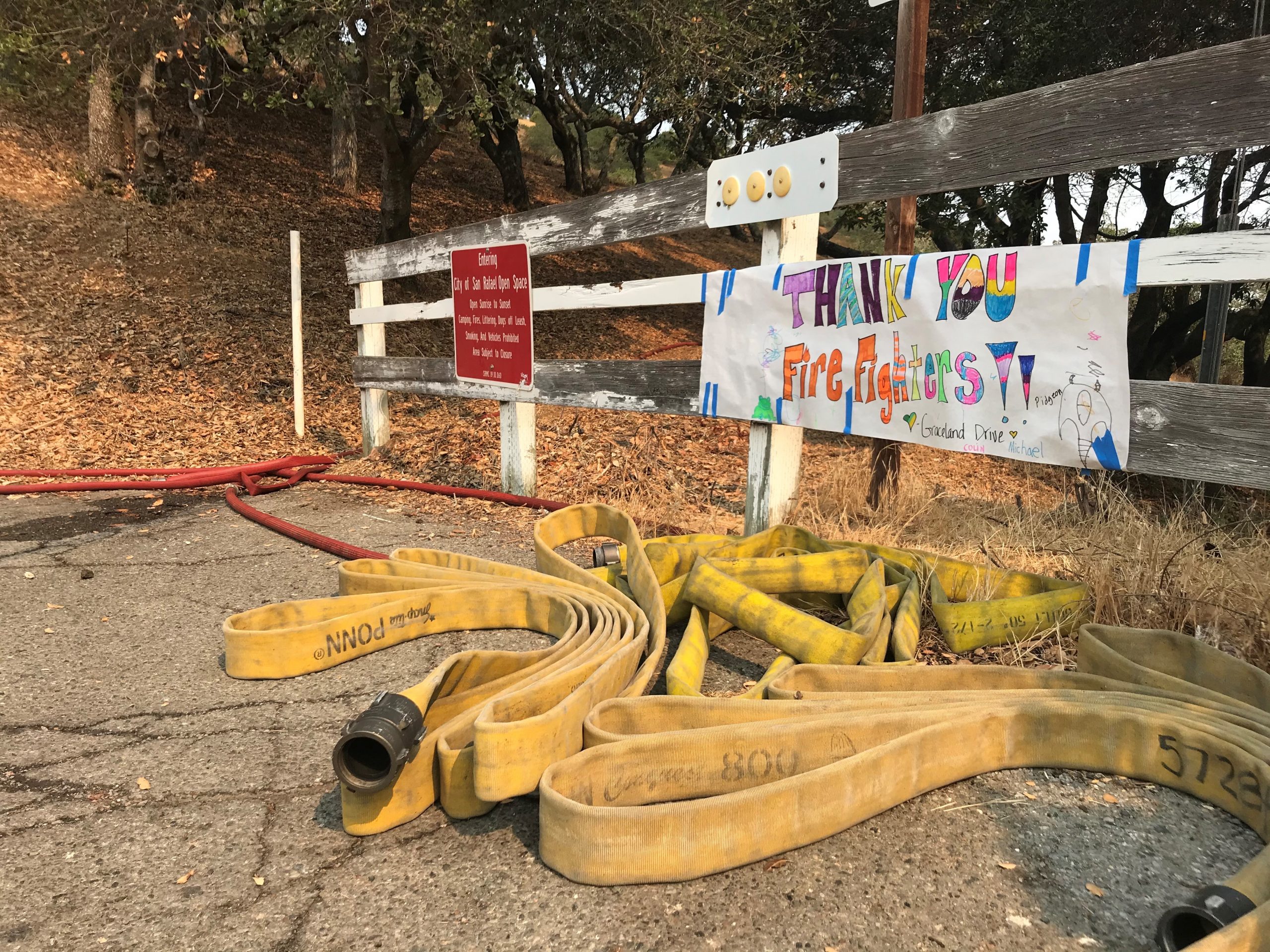 Just before 10:00 p.m on Monday, August 17th, reports of a fire on San Rafael Lincoln Hill came in. San Rafael Fire, San Rafael PD and many local partner agencies immediately responded to the scene. Crews confirmed a fire had started in a ravine and was traveling uphill, away from the nearest homes. Crews gained access to the fire from Robert Dollar Drive fire road, Coleman Drive and Graceland Drive.

The Fire was contained by 10:35 p.m. Crews remained on scene for hours and returned on Tuesday to assure all hot spots were extinguished. The fire burned just over two acres in mainly oak woodland areas. No evacuations were ordered by SRFD. Some residents chose to voluntarily evacuate. Should evacuations have been deemed a safe and effective tool by the Fire Incident Commander, emergency alerts would have been issued. All residents are encouraged to register for emergency alerts via alertmarin.org and Nixle.com. Residents can also view current incident information on the Marin County Public Emergency Portal and the PulsePoint mobile application.

Robert Dollar Drive has been part of a multi-year wildfire mitigation effort to assure the fire road was safe and accessible to responding personnel. The initial work was completed as part of the City’s partnership with AmeriCorps. Additional work was completed as recently as last month that created a shaded fuel break off the fire road and behind homes. A shaded fuel break removes surface and ladder fuels to limit the fires ability to spread into trees. This work was funded through the Marin Wildfire Prevention Authority (MWPA). Measure C, a parcel tax approved by voters in March of 2020 funds the 17 member MWPA.

Upon initial review and feedback from the Tuesday suppression crew, previous mitigation work positively contributed to the crew’s ability to quickly contain the fire without threats to lives or property. In addition, vegetation removal along the roadways on San Rafael Lincoln Hill, including Coleman and Graceland was recently completed. The area is scheduled for the first installation of parking boxes in San Rafael early next month to further improve emergency access and egress on the narrow

As wildfires burn across the Western United States, this fire was an important local reminder of our communal and individual responsibility to be prepared. All residents are encouraged to create emergency plans and have go-bags ready with your most important items. More information on personal preparedness is available at SROES.org or ReadyMarin.org. To learn more about what the City is doing to protect against wildfires visit srfd.org.

The cause of the fire is under investigation. Initial findings indicate no damaged power lines, lightning, or encampments were in the area of likely ignition at the low point of the fire.

Pictured Above: Yellow fire hose lays on the ground in front of a hand written sign posted to a fence with the message, ‘Thank You Firefighters’.