What is “Source of Income Discrimination”?

State law prohibits housing discrimination based on a person’s source of income (California Government Code Section 12921), but case law has established that California’s source of income discrimination law does not protect individuals or families with third party rental subsidies because rental payments do not qualify as a source of income when they are paid directly to the landlord (i.e. the third party provider pays the landlord directly, rather than the payment going to the tenant and then the tenant paying the landlord). State law, however, does not preempt municipalities from adopting a distinct Fair Housing Source of Income Ordinance that recognizes third-party housing subsidies or vouchers as a source of income. 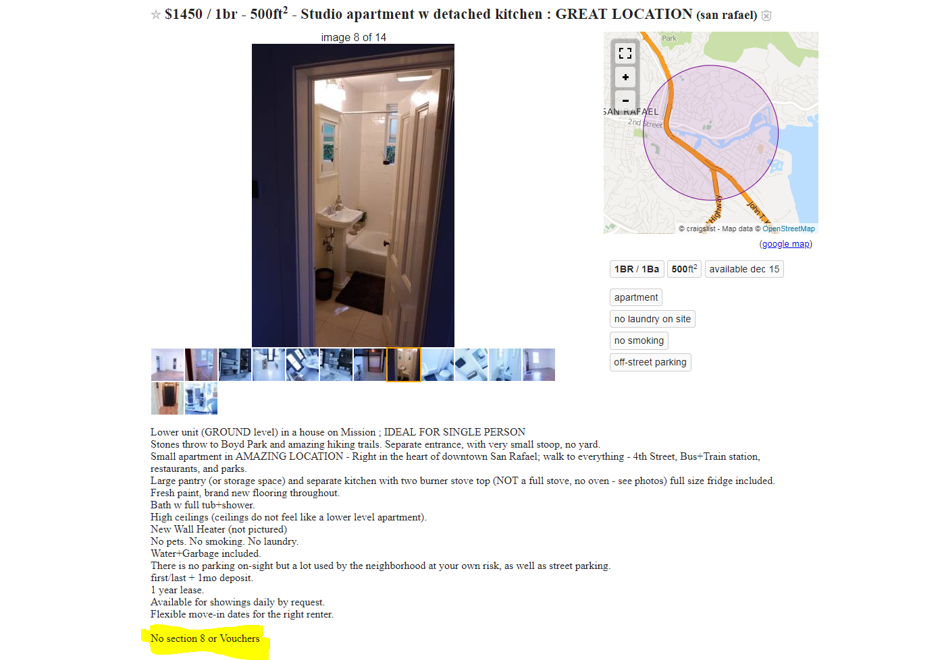 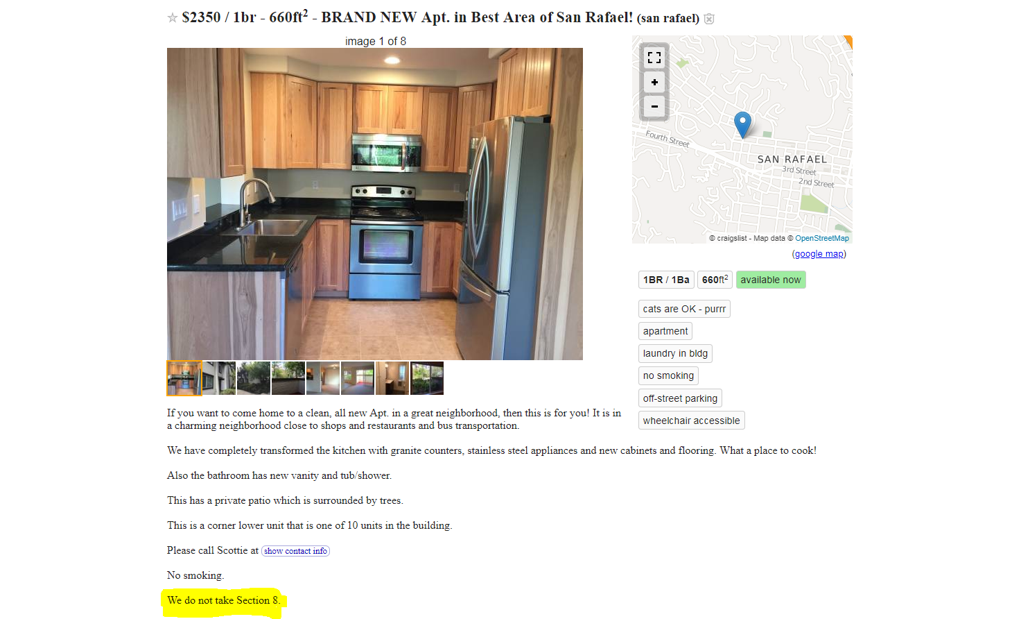 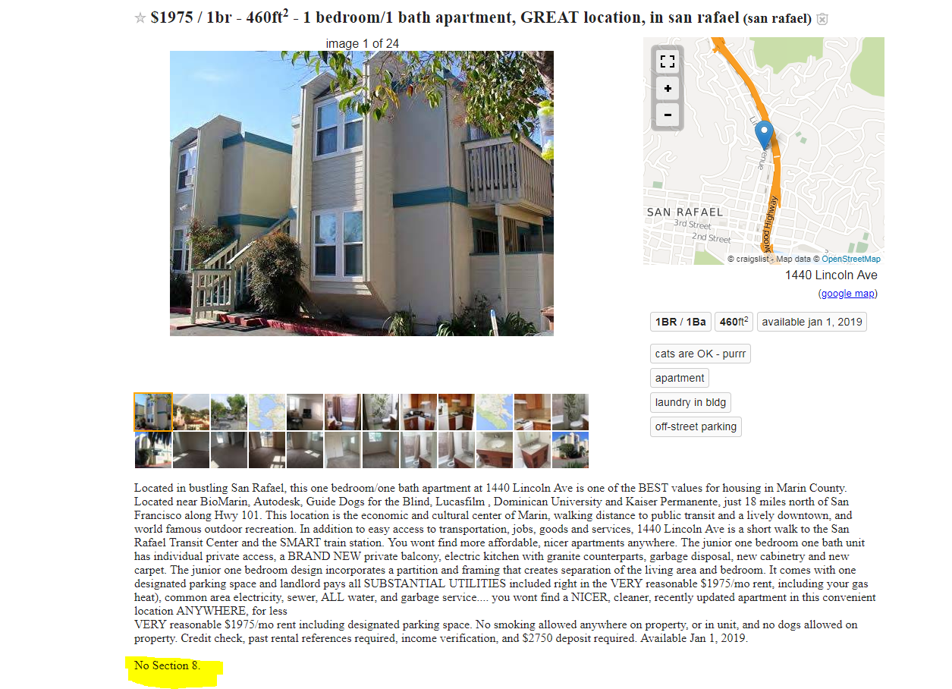 1. What’s the background in the City of San Rafael passing this law?

In 1968, Congress passed the Fair Housing Act which was intended to protect buyers and renters from seller or landlord discrimination. Its primary prohibition makes it unlawful to refuse to sell to, rent to, or negotiate with any person because of that person’s inclusion in a protected class. In 1974, Congress passed the Community Development Act, which created the Housing Choice Voucher (Section 8). Housing vouchers are not free housing. Voucher recipients are required to pay 30% of their income towards their housing expenses, and the voucher covers the rest.

50 years after the passage of the Fair Housing Act, housing discrimination persists in our community. To substantiate the need for source of income protections, the Marin Housing Authority reported to the Marin County Board of Supervisors that between January 1, 2014 and August 31, 2016 a total of 2,194 Housing Choice rental subsidy vouchers were issued to low-income Marin households. Nearly half were unable to find landlords in the county willing to accept their vouchers and, as a result, lost their vouchers. Rental listings advertising “no Section 8” were found to be common in Marin, as evidenced by the examples above from San Rafael specifically.

2. What units are covered by this law?

The Source of Income Ordinance applies to all rental units in San Rafael.

3. What does the Ordinance prohibit?

4. What does the Ordinance NOT cover?

In evaluating prospective tenants, landlords are still able to screen renters based on factors including:

5. How do I get assistance exercising my rights under this law?