The City of San Rafael is continuously working on active transportation projects to improve the routes between the Canal neighborhood and Central San Rafael. In 2019, the Grand Avenue pedestrian and bicycle bridge was completed. In 2021, the pedestrian crossing between San Rafael High School and Montecito Plaza was completed and the Francisco Boulevard East sidewalk was widened to eight feet. In 2022, the City will launch a bike share system in partnership with the Transportation Authority of Marin (TAM) and cities along the Sonoma Marin Area Rail Transit (SMART) corridor. Also in 2022, the City has plans to construct a protected two-way cycle track and widened sidewalk on the east side of Grand Avenue from Second Street to Fourth Street. This would achieve the goal of getting bicyclists and pedestrians to and from Fourth Street, the main east-west multi-modal route through town. This segment is also a project in the Bicycle and Pedestrian Master Plan, 2018 Update as Project F2.

Below is an image of existing versus proposed on Grand Avenue between Second and Third Streets: 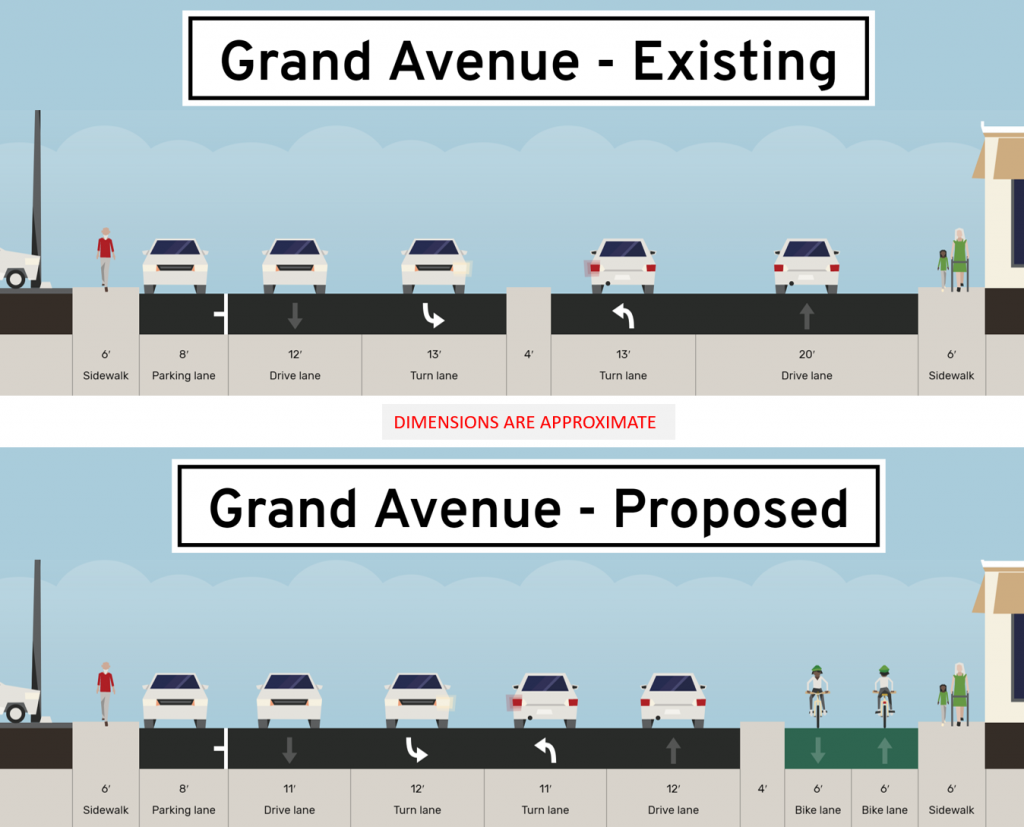 This project achieves the goals of maintaining vehicle travel lanes and turn pockets on Grand Avenue between Fourth Street and Second Street but there would be an impact to on-street parking and one existing driveway. 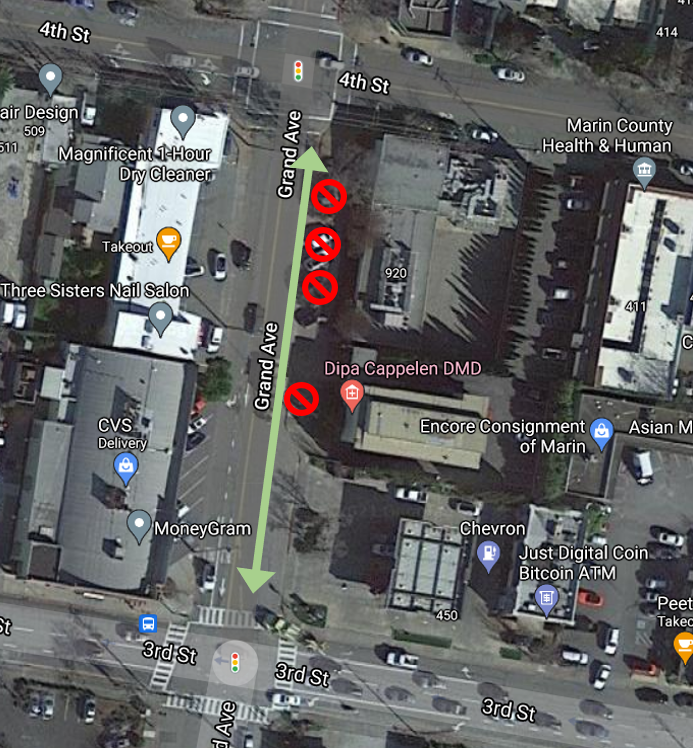 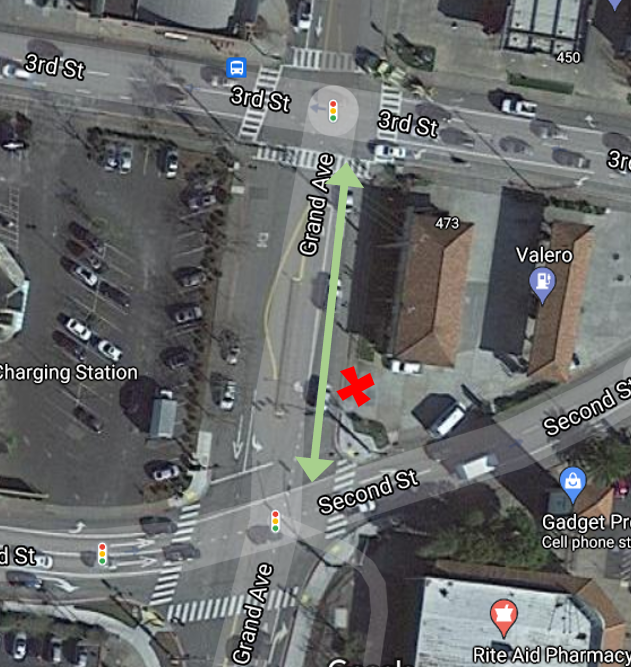 The City of San Rafael’s Department of Public Works is continuing with its plans of adding a new two-way protected cycle track and widened sidewalk on the east side of Grand Avenue from 2nd Street to 4th Street. On Wednesday, October 19, 2022, City staff met with Kimley-Horn and Associates, Inc. (City’s design consultant) to...

San Rafael Public Works was successful in getting over $500,000 in grant funding for the Grand Avenue two-way cycle track from Fourth Street to Second Street through TAM and Bay Trail funding sources. The rest of the project will be paid for with Gas Tax and Traffic Mitigation Fees. We have been able to chip...