Grand Avenue and Francisco Boulevard East form the primary corridor for residents living in the Canal Neighborhood, the most densely populated area in Marin County, to access the San Rafael Transit Center, SMART station, Montecito Plaza, and San Rafael High School. Local street connections between the Canal Neighborhood and the rest of the City are severely limited by the constraints of the San Rafael Canal waterway, the existing Grand Avenue Bridge, Highway 101, and Interstate 580. The Grand Avenue Pathway Connector Project (“Bridge Project”) will fill a significant bicycle/pedestrian safety gap within a major north-south corridor and will successfully link to other recently constructed bicycle/pedestrian improvements on both Grand Avenue and Francisco Boulevard East.

The Bridge Project will install a 12-foot-wide bicycle/pedestrian bridge immediately east of the existing vehicular bridge along Grand Avenue over the San Rafael Canal waterway and will link to the recently completed widened sidewalk at the intersection of Second Street at Grand Avenue. Furthermore, the Bridge Project will link to the future widened sidewalk along Francisco Boulevard East, planned for construction in 2020, thus providing a seamless bicycle/pedestrian facility from Downtown to the Canal Neighborhood that will greatly improve safety and connectivity in East San Rafael. 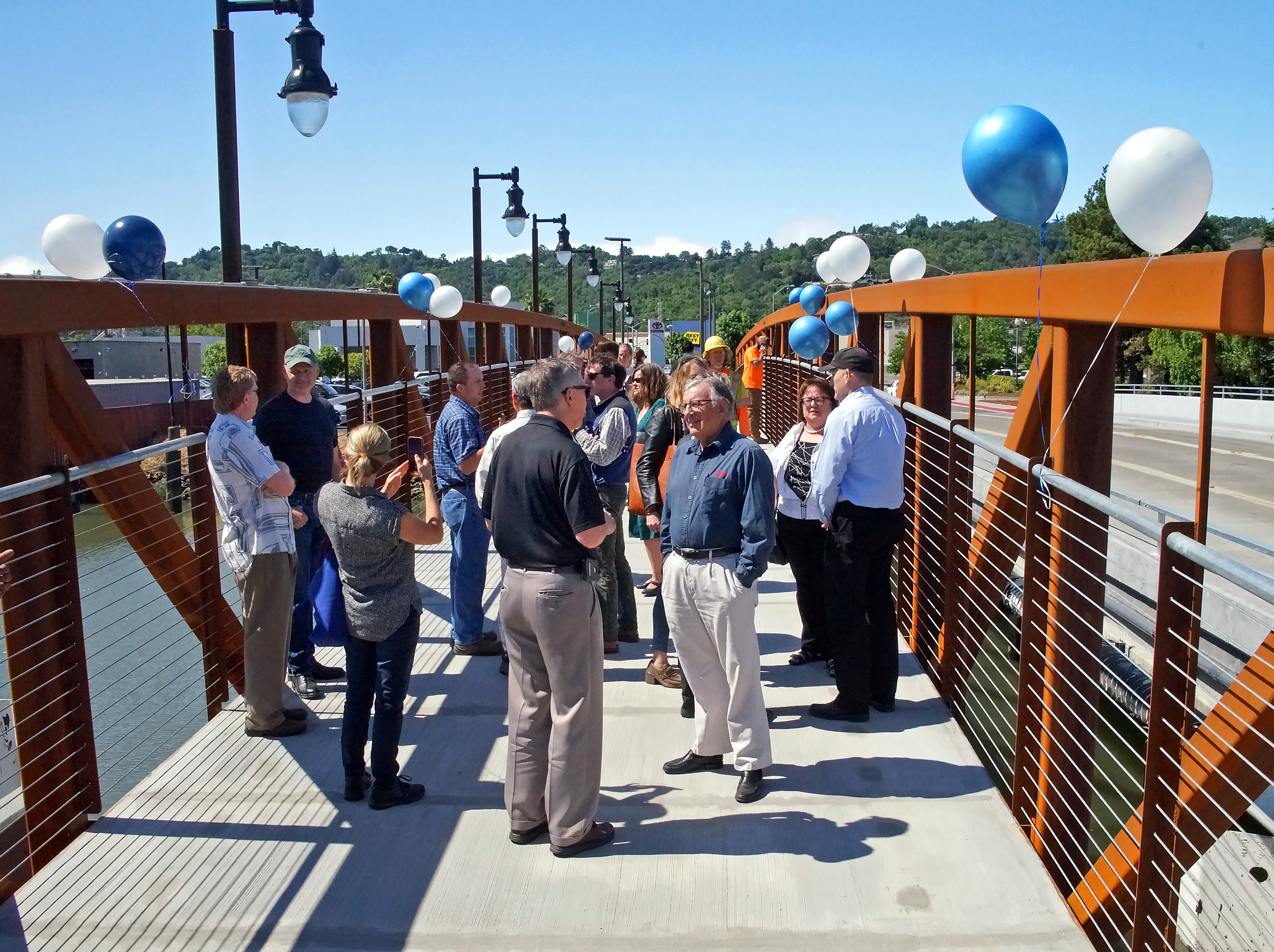 On Thursday, June 13th, Mayor Phillips, City staff, and project stakeholders descended on the newly opened pedestrian bridge to celebrate with a formal grand opening. The bridge is a long-awaited connection to east San Rafael communities and provides better accessibility for bicyclists and pedestrians. Approximately 40-50 residents, employees, and key stakeholders, including members of the... 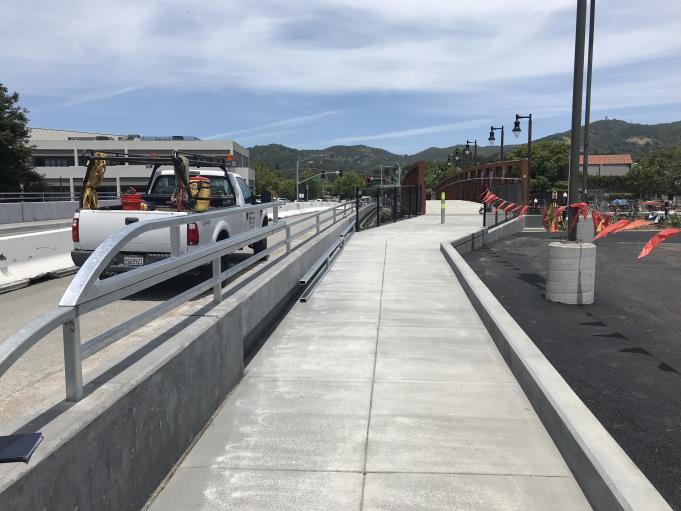 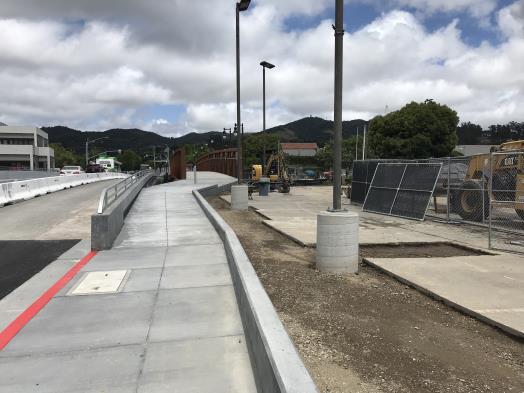 The contractor has completed the majority of concrete work on the project with only minor sidewalk work remaining. Next steps on the project include asphalt work within the Toyota Marin parking lot, as well as, on the north side of the canal where the City purchased the former Marin Motors parcel. During the second week...