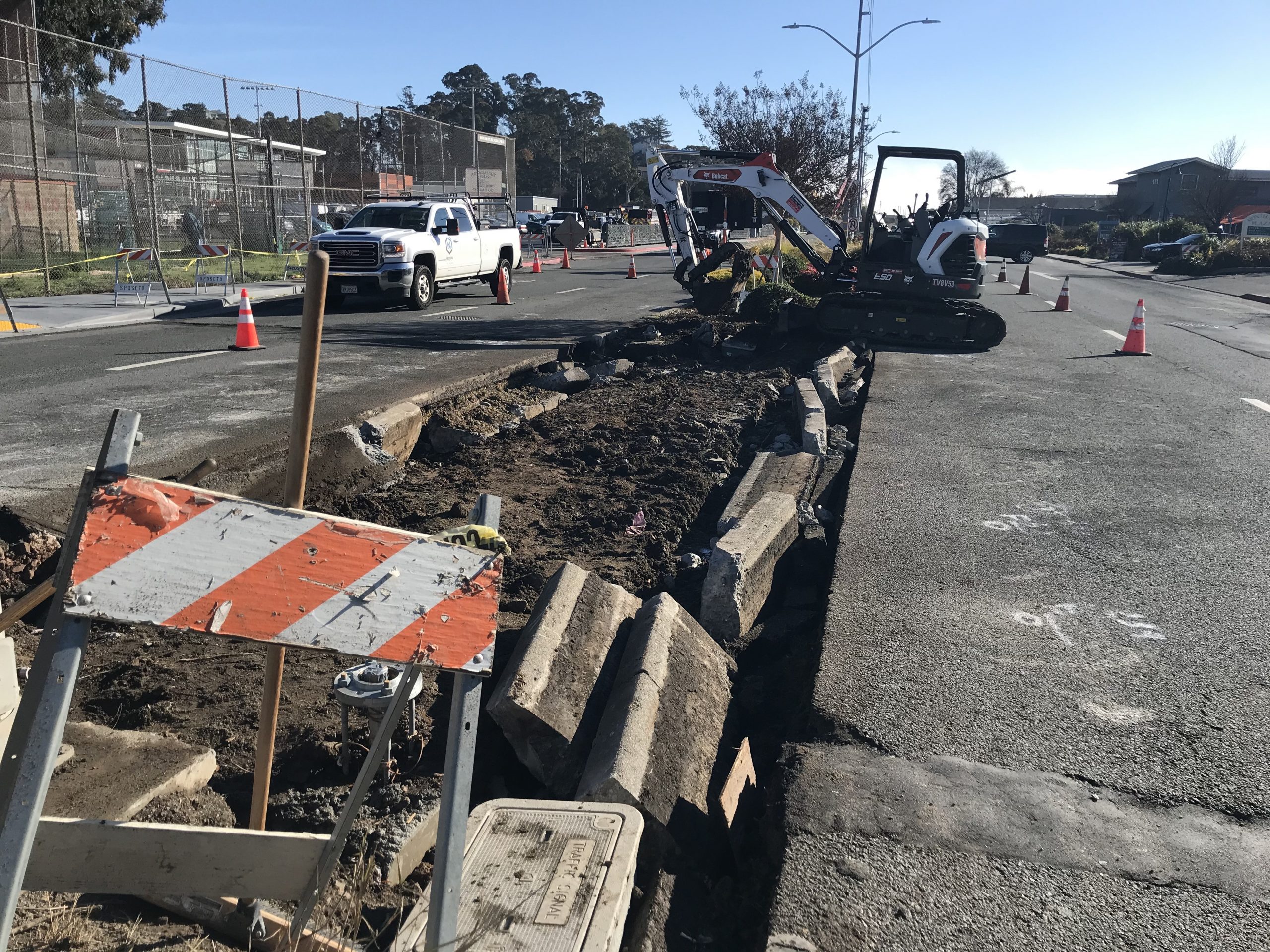 Construction is moving along for the new signalized crossing on Third Street at San Rafael High School. The south (shopping center) side is complete and the driveway for the delivery trucks is open. The north (school) side is nearly complete. The last phase is the median, which the contractor broke ground on Tuesday January 5. One lane in each direction on Third Street will be closed from 9am to 3pm during the construction of the median.

The traffic signal controller and cabinet were ordered at the very beginning of the project. Unfortunately, delays due to COVID-19 mean we won’t get the equipment until late February. The work impacting drivers should be wrapping up by the end of January, however, the crosswalk will not be open for pedestrian use until March when the traffic signal controller is installed.