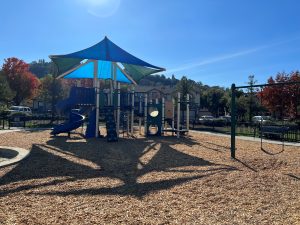 Congrats to Aref Ahmadia for being the first to answer our latest Snapshot Quiz. The Boyd Gate House was built in 1879. Congrats Aref, and thanks for reading Snapshot. Scroll down to see this edition’s quiz and be the first to answer!

At the December 5th, 7:00pm regular Council meeting, San Rafael City Council will consider a request from staff to forward a draft of the City’s 2023-2031 Housing Element to the State Department of Housing and Community Development for their initial review.  The Housing Element is the City’s long-range plan for conserving and maintaining housing supply, removing regulatory barriers to housing production, promoting fair housing, and creating new housing opportunities for all residents.  It identifies specific sites to meet San Rafael’s “fair share” of the region’s housing needs over the next eight years.  All cities and counties in the Bay Area are required to update their Housing Elements by January 2023 and submit them for State review and certification. The City will revise and adopt the Housing Element in early 2023, after the State review has been completed.

Read the Working Draft of the Housing Element Here.

At the December 5th, Council meeting, the Council will hear, complete a final review, and make a decision on the Aldersly Campus redevelopment project. If approved, the project will include demolition and renovation of existing buildings, as well as construction of new buildings on the Campus with the overall goal of keeping Aldersly “a boutique residential community for older people looking for a home with hygge (pronounced “hoo-gah”) – Danish for the experience of coziness and comfortable conviviality that engenders feelings of contentment and well-being.” The project would result in a net increase of fourteen (14) additional independent living units, an increase from 55 units to 69 units. The number of Assisted Living/Memory Care beds (35 beds) and Skilled Nursing beds (20 beds) would remain unchanged.

On December 5th, the San Rafael City Council will consider a resolution to adopt the Initial Study/Mitigated Negative Declaration and Mitigation Monitoring and Reporting Program for the Rotary Manor Culvert Replacement project. This public hearing will address comments received during the public review period that began October 26, 2022 and closed on November 30th, 2022. The Rotary Manor Culvert Replacement project proposes to replace a corrugated metal pipe culvert beneath the Rotary Manor property with a new concrete box culvert.

On Monday night, December 5th, the Council will hold a public hearing to approve the maximum rates that Marin Sanitary Service (MSS) may charge for recycling, composting, and garbage services. This year, there is a rate increase proposed due to such factors as: increased costs for collector operations, a decrease in billed revenues continuing from the pandemic, and a continued investment in the illegal dumping program. Last year the rate adjustment was kept relatively low thanks in part to the Federal Paycheck Protection Program. This year, inflation and other factors have contributed to the rate adjustment.

On Monday evening, the City Council will hold a public hearing regarding the annual assessment of the Downtown Business Improvement District (BID). The BID works with merchants to promote Downtown and advocates around issues such as parking, safety, events, and beautification. Assessments range from $25 to $425 per year depending on the type of business and their location.

In 2001, J. Michael Maloney, a Marin resident, established an endowment with the Marin Community Foundation in honor of former San Rafael Planning Commissioner Dick O’Brien to fund an annual “Citizen of the Year” award. San Rafael recently changed the name to the “Richard O’Brien and the Mary Ferrario O’Brien Public Service Award” in October 2022. The intent of this award is to recognize a San Rafael community member who has made exceptional contributions to the city. In addition to a $2,500 cash award from the Marin Community Foundation, the annual recipient is recognized at a City Council meeting and at the annual State of the City dinner.

Do you know someone who you think should be recognized with the Public Service Award? Review the eligibility criteria and complete a nomination form on our website by January 13, 2023.

The City of San Rafael has retained Kosmont Companies to prepare an Economic Development Strategic Plan to make recommendations designed to enhance the City’s economic growth. Kosmont’s approach will focus on both citywide economic resiliencies, as well as the economic vitality of key areas of the City, such as Downtown, the Canal neighborhood, Northgate Mall / North San Rafael, and the Francisco Boulevard commercial corridor.

This survey provides community members and other stakeholders an opportunity to provide vital feedback that will help plan for San Rafael’s future. The survey will be open until December 9th, 2022.

Planning Commission: We are recruiting for one District 1/South Representative for an unexpired four-year term through June 2025.

Pickleweed Advisory Committee: We are recruiting for two Canal neighborhood residents to serve for a four-year term through December 2026.

ADA Access Advisory Committee: We are recruiting for three members to serve on the Committee for four-year terms to the end of October 2026.

On Monday evening, the City Council will start with a Special Meeting at 6:00 p.m. where the Council will hear Council and City Manager reports as well as vote on the consent calendar. The regular scheduled Council meeting will follow at 7:00pm.

As we continue to enjoy the time and company of friends and loved ones during the holiday season, it is important to remember that the possibility of exposure to COVID-19 during gatherings remains high. Please remain diligent against the spread of COVID-19 through social distancing, masking, and testing whenever possible.

According to the Marin County Department of Public Health, as of November 23rd, Marin County has 204 “Active Cases” (cases confirmed in the previous 10 days) bringing the total confirmed cumulative cases to 42,634 since March 2020. These numbers continue to highlight the remaining threat of COVID-19 in our communities, and the need for all community members to remain diligent in their efforts to stop the spread of COVID-19.

COVID-19 booster shots and vaccination appointments continue to be offered at all Marin vaccine clinics. If you need transportation assistance to get vaccinated, please visit the following links about Lyft’s Vaccine Access Program and GoGoGrandparent. As always, if you are experiencing any COVID-19 like symptoms, please get tested as soon as possible, even if you are fully vaccinated. 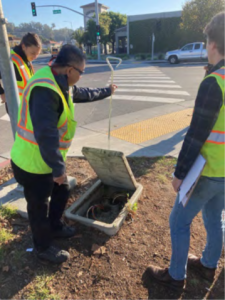 The City of San Rafael’s Department of Public Works is continuing with its plans of adding a new two-way protected cycle track and widened sidewalk on the east side of Grand Avenue from Second Street to Fourth Street. On Wednesday, October 19, 2022, City staff met with Kimley-Horn and Associates, Inc. (City’s design consultant) to visit the project site and gather information on the current conditions, which will support the development of the project design and ensure alignment with other projects running concurrently within the Downtown area. This project will enhance bicyclist and pedestrian connectivity and experience to and from Fourth Street along Grand Avenue and brings us closer to meeting the goals outlined in the City’s 2018 Bicycle and Pedestrian Master Plan.

At the Last Council Meeting on November 21st, 2022

Beginning with the April 18th City Council meeting, the City Council has returned to in-person meetings combined with a virtual real-time public comment on agenda items.

At the November 21st, Regular City Council Meeting, the Council

San Rafael’s annual holiday lighted boat parade is one of the biggest in the country. It’s been a Marin County tradition since 1966! The parade can be enjoyed from most areas along the San Rafael Canal. Good viewing areas include behind Montecito Plaza, the San Rafael Yacht Club, or Pickleweed Park.

Downtown San Rafael’s Menorah Lighting, with the Chabad of Marin, will take place on the first night of Chanukah on Sunday, December 18th from 5:00 pm – 7:00 pm in the Downtown San Rafael Plaza, 1000 Fourth Street. There will be music, dancing, Giant Menorah lighting, hot chocolate, chocolate gelt drop, and much more. 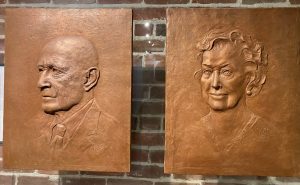