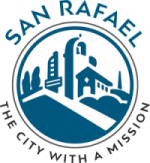 On Monday, August 17th, the City Council will review recommended changes to the City of San Rafael Police Department’s Use of Force Policy.

In June 2020, Mayor Phillips signed President Barack Obama’s “Mayor’s Pledge” to review San Rafael’s use of force policing policies. Additionally, the Mayor assembled a community task force to assist City leaders in reviewing and determining whether the City should make any changes to the Police Department’s Use of Force Policy, particularly in light of Campaign Zero’s #8cantwait policy recommendations. The task force members worked collaboratively alongside City leaders and provided input resulting in the Chief of Police recommending numerous proposed changes to the use of force policy, including the banning of the carotid and choke hold and enhancing the language regarding use of de-escalation techniques. You can see all the proposed policy changes in the actual Draft Police Use of Force Policy document on page seven the staff report.

We are offering two remote ways to participate at our City Councils meetings. We hope you can attend the meeting this coming Monday, August 17th at 7:00PM.

We hope you will join us for this meeting.