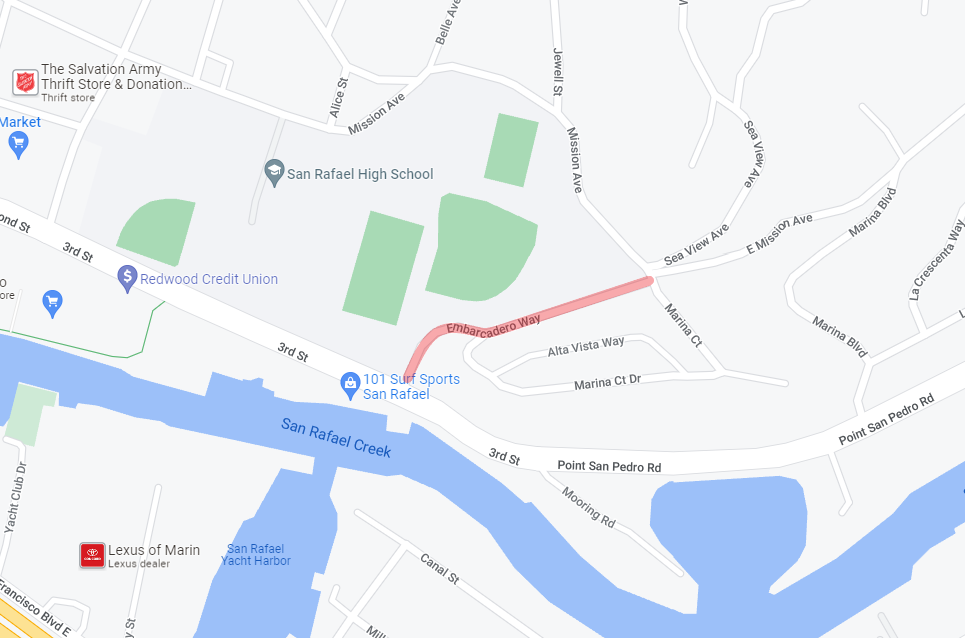 Traffic volumes were collected on all legs of the all-way stop-controlled intersection of Mission Avenue-Marina Court/Sea View Avenue for a week in January 2022 while schools were in session. With the conversion of Embarcadero to one-way uphill, the 17 a.m. and 12 p.m. peak hour trips would have to take another route to leave the neighborhood. All the other streets can easily accommodate the additional trips.

More information can be found on the project website. We are also encouraging residents in the area to participate in a survey.