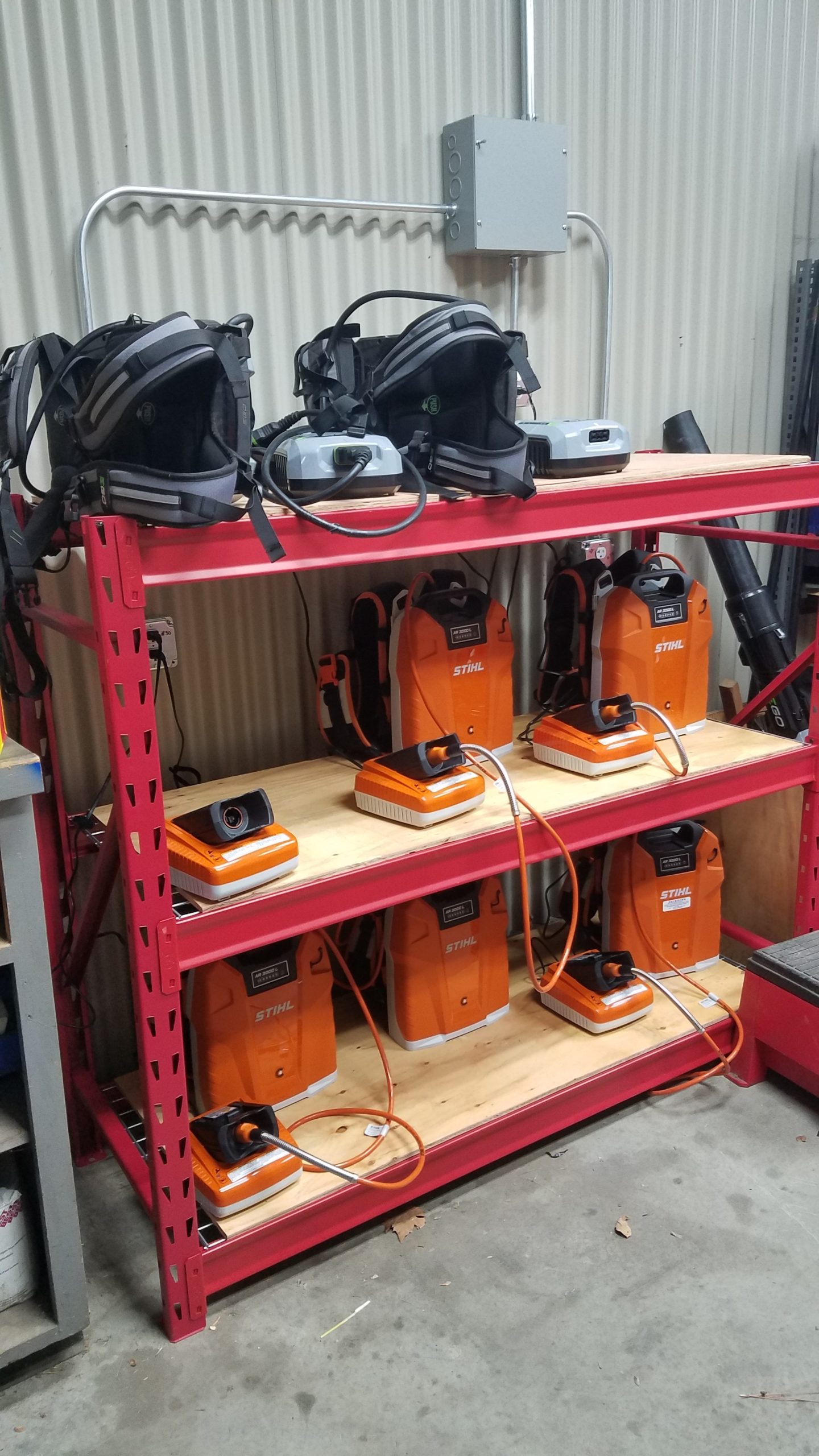 The Parks Department has been busy acquiring new electric leaf blowers to comply with the new City ordinance that bans the use of gas-powered leaf blowers. The ban took effect on October 1st.

The City Council is committed to reducing emissions as outlined in the 2030 Climate Change Action Plan; goal LCT-C10 of the plan calls to encourage the use of electric landscape equipment instead of gasoline-

powered equipment. In addition, the California State Assembly recently passed Assembly Bill 1346, which mandates that by July 1, 2022, the CARB is to adopt regulations to restrict the sale of gas-powered garden equipment, including leaf blowers statewide, produced on or after January 1, 2024.

Regulating the operation of leaf blowers will further the City’s ability to successfully implement its Climate Action Plan and comply with state regulations.