Over the past two years, the City received multiple grants from the Transportation Authority of Marin (TAM) to improve crosswalks at key locations in the Canal neighborhood, as well as on Mission Avenue behind San Rafael High School.

Proposed improvements and safety enhancements include installations of:

In May 2021, City Council awarded a construction contract to Team Ghilotti, Inc. The City has also retained construction management firm, Park Engineering, to oversee the project. Construction will begin in June 2021 and is scheduled to be completed in October 2021.

On June 2, 2021, Team Ghilotti will mobilize their crews into the Canal neighborhood and start the process of laying out the aforementioned improvements. This project will temporarily reroute pedestrians when the contractor is working on upgrading the curb ramps and installing the RRFB’s. It will also affect several on street parking stalls and temporarily not allow parking in the affected stalls while the construction is on-going. 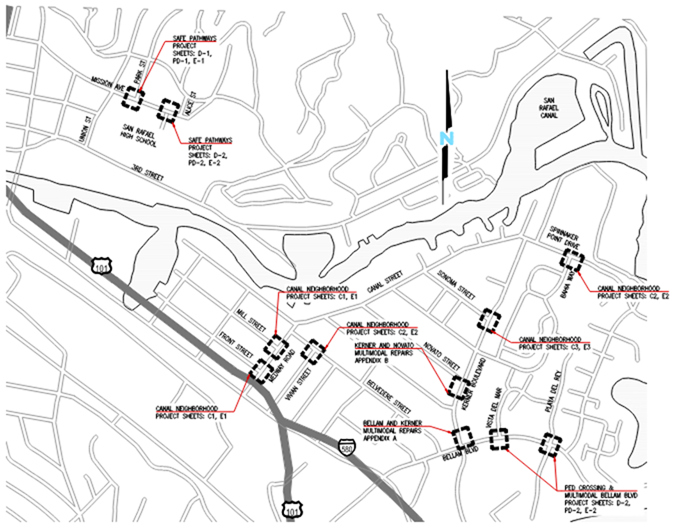 Brighter lights in the Canal

Through several different community processes, DPW has heard loud and clear that the street lighting in the Canal is insufficient. The Canal neighborhood has other challenges, like residents having to park on the street far away from their homes, walking home from the bus stops, and lack of marked bicycle facilities and the insufficient street... 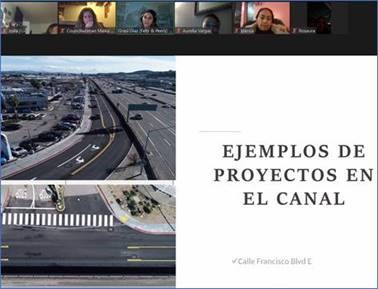 San Rafael is undergoing a study with the help of Fehr and Peers to complete an assessment of the Canal neighborhood utilizing data and community feedback to better understand the transportation challenges and pinch points in East San Rafael. This study will take about a year to complete. We can use information from this study... 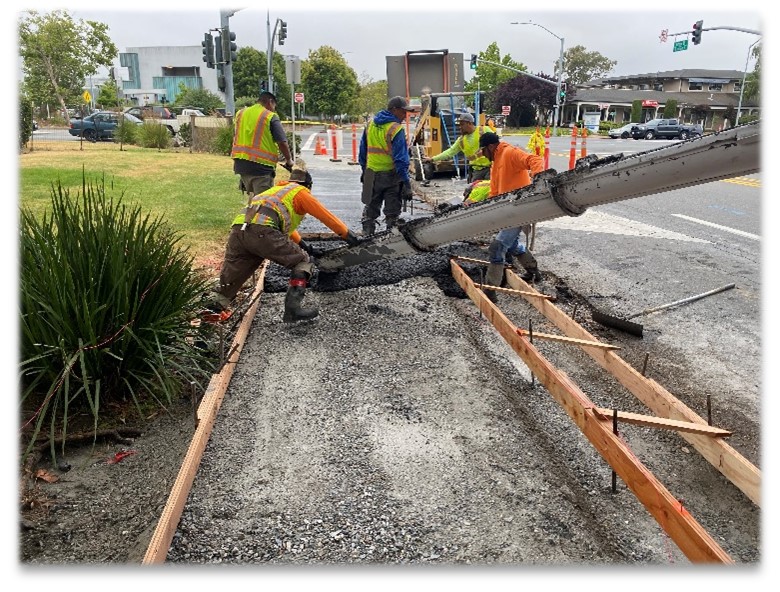 The City’s contractor Team Ghilotti, Inc., has completed the accessible curb ramp, sidewalk, curb and gutter and roadway improvements at several locations around the Canal Neighborhood. Team Ghilotti is waiting on long lead electrical equipment including, new streetlights and Rapid Rectangular Flashing Beacons (RRFB) that will be installed at seven locations in the Canal Neighborhood...