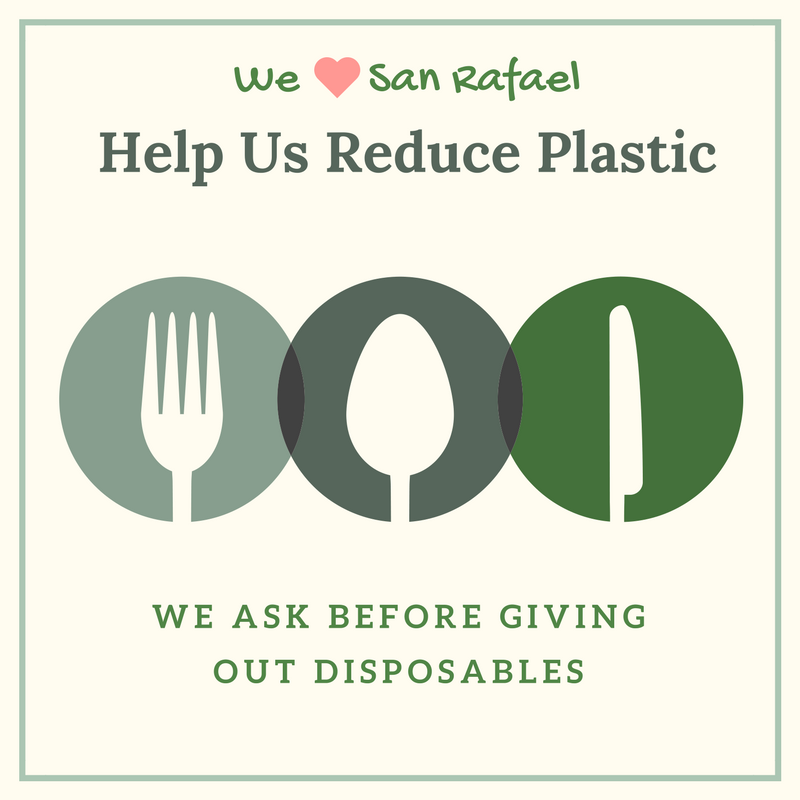 You may know that San Rafael’s downtown restaurants are awesome, but did you know they are also trying to reduce waste? The City of San Rafael has teamed up with 17 downtown restaurants in the first ever “Ask First” campaign. Each restaurant has made the commitment to asking customers if they would like disposable utensils and napkins with their to-go orders since our research showed that most are not needed and end up straight in the trash. Check out the businesses that are reducing waste and to learn more about the city’s efforts to reduce waste!