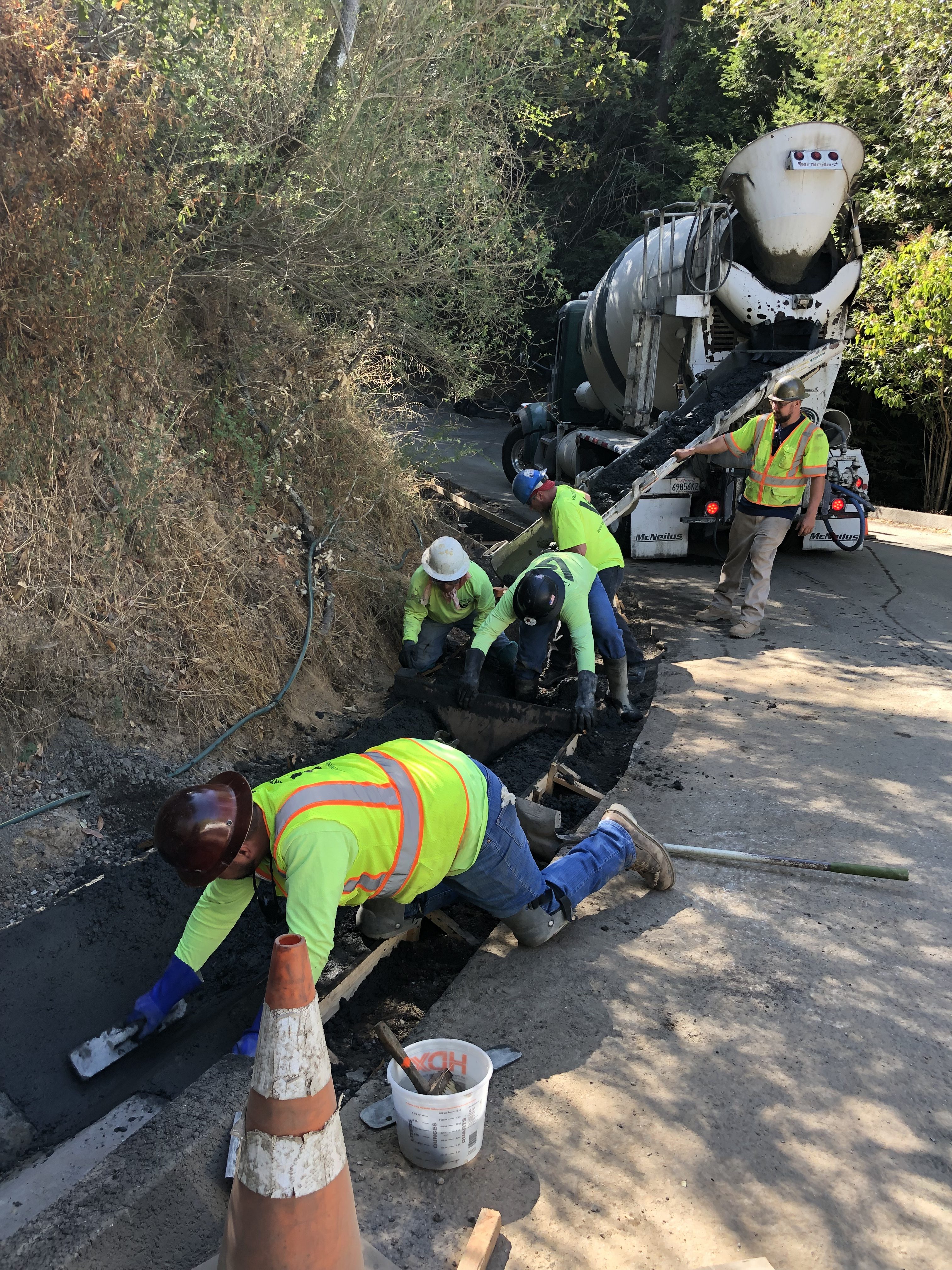 In January 2017, the City of San Rafael experienced a significant storm event resulting in a landslide at 70 Irwin Street. This landslide affected the entire roadway of Irwin Street, resulting in its closure to the public in the spring of 2017 due to safety concerns. The City’s contractor, Valentine Corporation, was awarded with a contract to repair the landslide. Irwin Street was reopened to the public on July 5, 2019 following completion of this complex construction project.

Upon completion of the originally proposed project, City staff determined that additional upstream and downstream storm drain facilities should be placed to provide additional protection to neighbors and the City right of way on Irwin Street and ensure that runoff remains on the uphill side of the road during severe storm events.

Currently, The City’s contractor, Valentine Corporation, is installing 600 linear feet of concrete v-ditch and over 1000 linear feet of asphalt concrete berm adjacent to the landslide repairs at 70 Irwin, as part of an effort to protect the hillside from future erosion caused by storm water runoff. The additional storm water facilities will be placed between 121 Irwin and Rose Street.