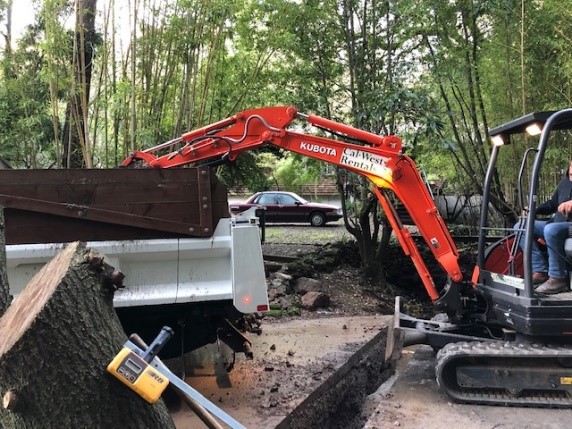 With the recent break in the rainy weather, Public Works Streets and Parks crews have been able to get a jump on some much-needed maintenance, including the City storm drain systems on Gold Hill Grade and Main Drive. City crews removed deteriorating metal drainage pipes in both locations and replaced it with high density plastic piping. The work was completed in both locations over a four-day period.
In addition to the pipe repairs, the Public Works Maintenance division also rebuilt an old 100-feet guard rail along the Canal pedestrian easement. The old rail had been vandalized and thrown into canal. Public Works crews were able to remove the old fencing from the water and install a new redwood pressure-treated guardrail within two days.