What is Adaptation Planning?

Climate change adaptation is the response a community decides to take to protect life, property, and environment from impacts due to climate change such as increased fires, sea level rise & flooding, storms, and extreme heat days, among other things. These actions may include shorter term solutions such as reinforcing sea walls, planting trees, or increasing storm drain capacity. They will also include longer term strategies such as raising or altering roads, building large retention ponds, or even moving homes or critical infrastructure away from hazard-prone areas.

Even if emissions stabilize relatively soon, global warming and its effects will last many years due to the accumulation of past greenhouse gas emissions in the atmosphere, and adaptation would be necessary to the resulting changes in climate. In a broader sense, planning for a changing climate includes: 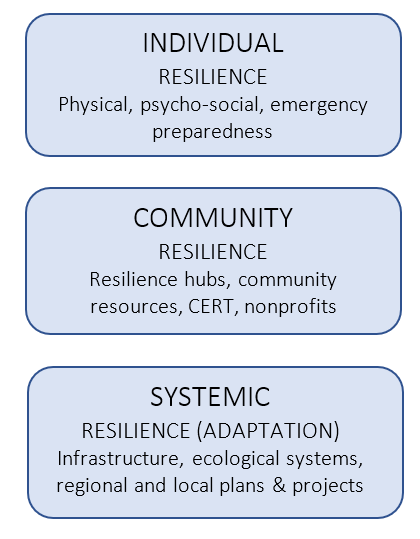