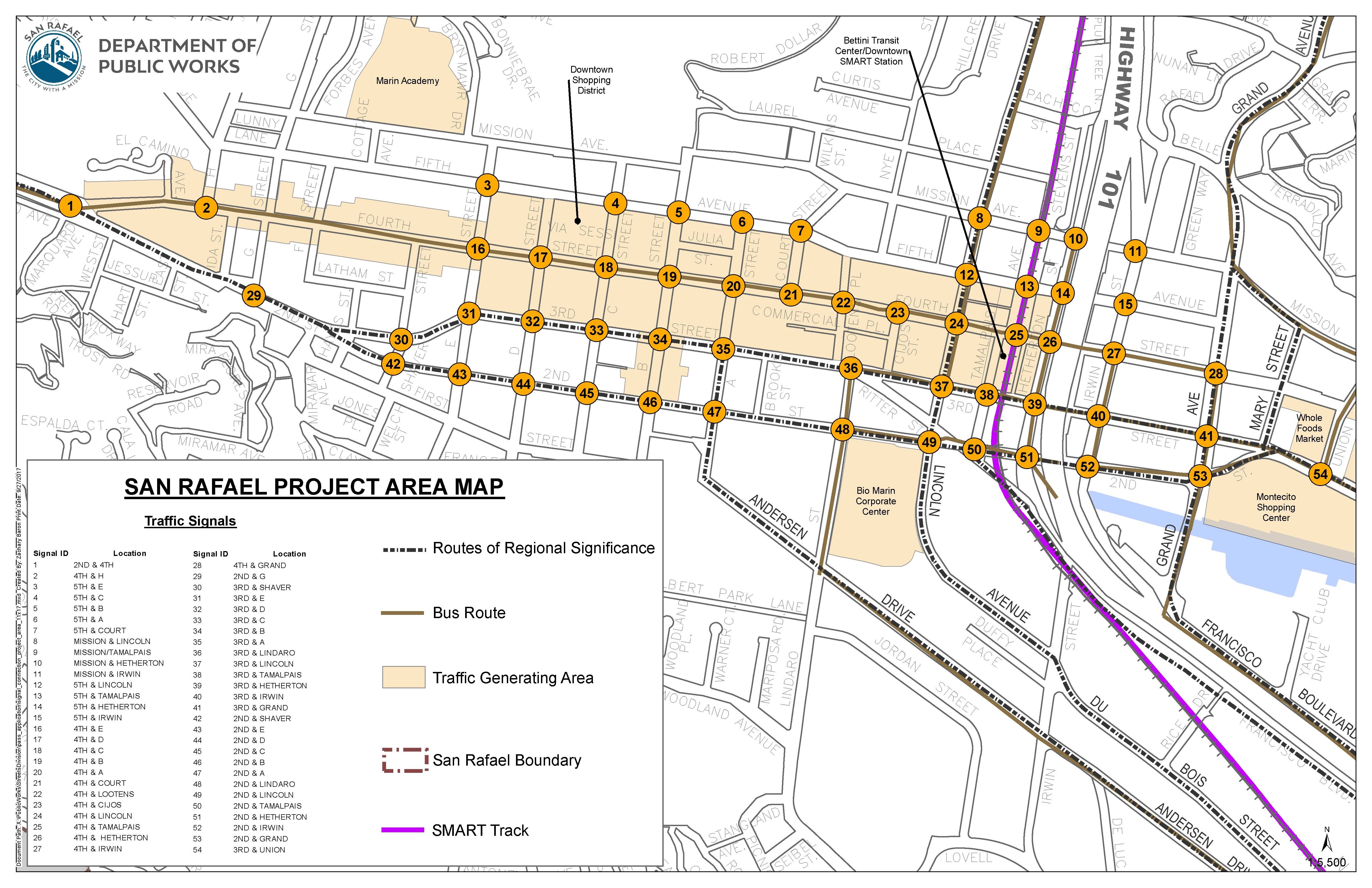 On November 6, 2017 the City Council accepted a grant award from MTC to modify signal timing to the 54 signalized intersections in Central San Rafael. Synchronization of traffic signals allows for coordination along main arterials, such as Second and Third Streets, to enhance traffic flow, reduce delay and minimize the amount of vehicles stopping at red lights, and ultimately reduce the amount of greenhouse gas emissions produced.  San Rafael’s signals are located fairly close together such that coordination is especially important where queuing of vehicles at one intersection directly effects the operations of the neighboring signals. Most importantly, modifying signal timings will improve safety, as we will be updating the walk speed, red times, and yellow times, as mandated by new State regulations.

The City began modification of signal timing on Tuesday, May 14 after the AM peak ended and before the PM peak began. A large majority of the signal lights have now been re-timed to reflect new State regulations and different traffic patterns than re-timing completed 5 years prior. While most of the re-timing is complete, City staff continues to work with the consultant to make modifications and changes based on feedback from the community and field observations. Feedback from the community has been helpful in fine-tuning the final product and we encourage input that will help the City provide the best final product. If you would like to comment please do so on our website and include the date, time, and location of your comments.

Once complete, the project should reduce travel times through Central San Rafael while increasing safety form all modes of transit.