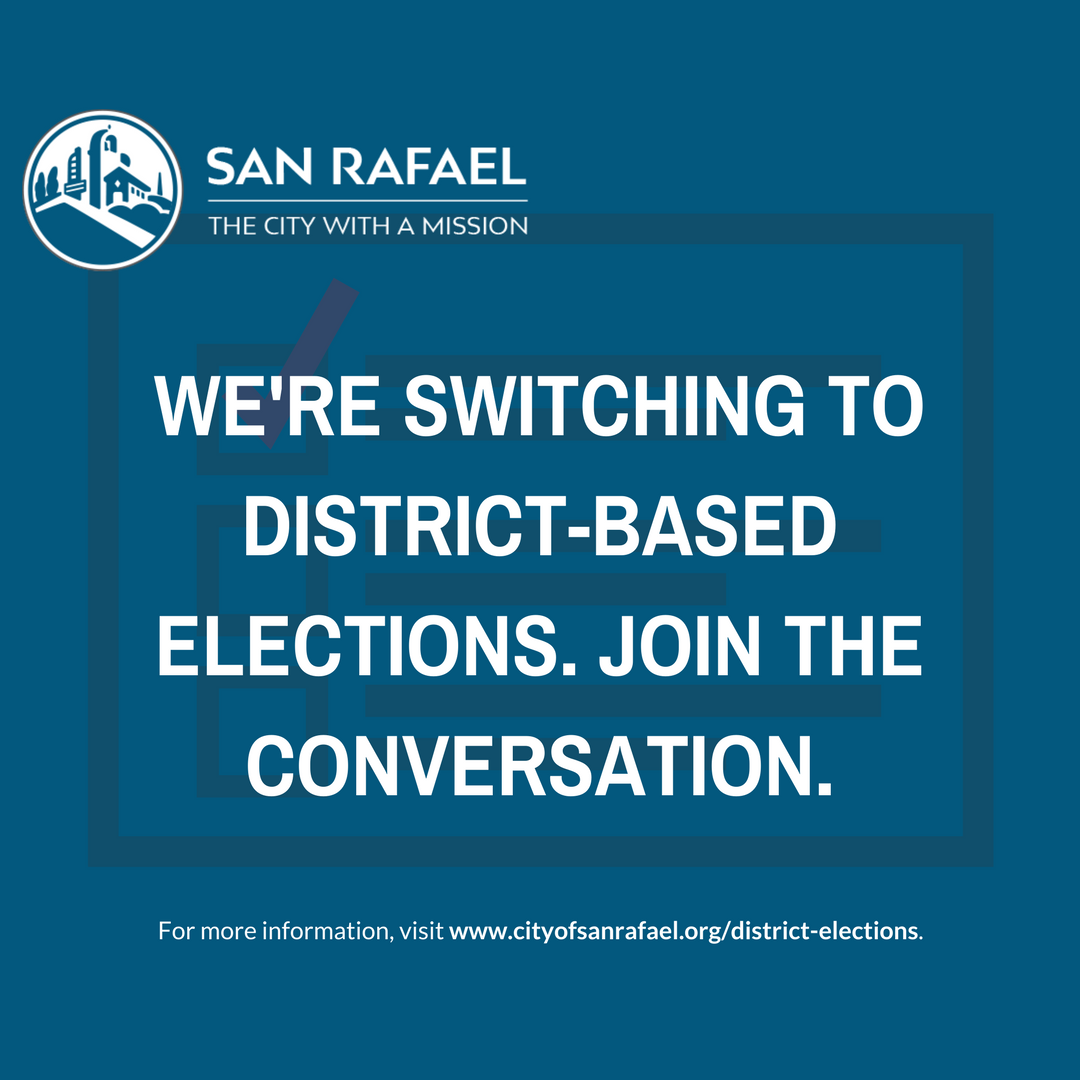 The City of San Rafael is changing the way that our City Councilmembers are elected. This past January, the City Council made a decision to switch to district elections by 2020. After holding several public hearings and receiving feedback from the community, the City’s demographers published eleven draft maps, each depicting potential district boundaries and their election sequences (six maps were produced by the demographers based on feedback from the community and City Council and five maps were submitted by community members). Monday evening is the fourth required public hearing and is another opportunity for you and the City Council to consider draft maps. The City is on track to officially transition to district-based elections by the April 16 deadline.