All City facilities are currently closed for walk-in service. Please call to find out more details about the services you are interested in. COVID-19 (novel coronavirus) information and resources 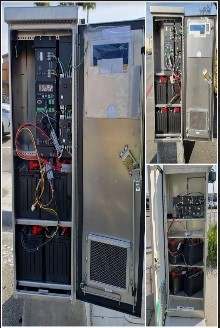 The City is one step closer in securing battery back-up (BBS) units at signalized intersections along major arterials. After selecting the equipment last year, Public Works recently procured three units and tested them in real conditions. The test at Second Street at Lindaro Street, Third Street at Lindaro Street, and Andersen Drive at Bellam Boulevard showed the intersections operating normally with power interruption for up to ten hours. There are currently 37 BBS in the City right now including the three new systems. The City plans to add more locations as funds become available.