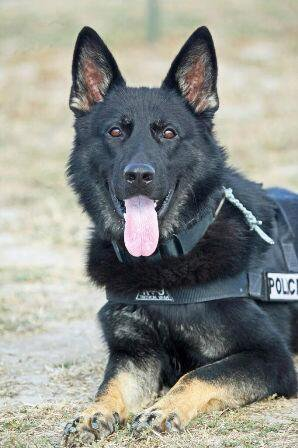 If you love dogs, you’re in for a treat: San Rafael Police Department Canine Ares is retiring from the San Rafael Police Department and he’ll be joining us at Tuesday’s City Council meeting for recognition of his 6+ years of service to the City. That may not sound super long to you, but it is 42 “dog years.” Ares joined the police department in 2013 as one of two police canines and quickly got to work. He quickly and successfully completed a five-week canine patrol course and a five-week canine narcotics detection course, immediately becoming a valued member of the police department. And he didn’t stop there; in 2014, Ares, along with his handler, Officer Melodia, successfully passed canine SWAT school and joined the police department’s SWAT team. Ares was routinely deployed for tasks such as locating hiding criminal suspects, locating suspects in burglaries and assaults, searching for narcotics, and safely clearing buildings and vehicles. During his tenure, Ares even assisted the Marin County Major Crimes Task force in locating narcotics related to large scale organized crime narcotics trafficking. You may have spotted Ares at one or more community events, including National Night Out, Camp Chance, school career fairs, Citizen Police Academy, and neighborhood meetings.