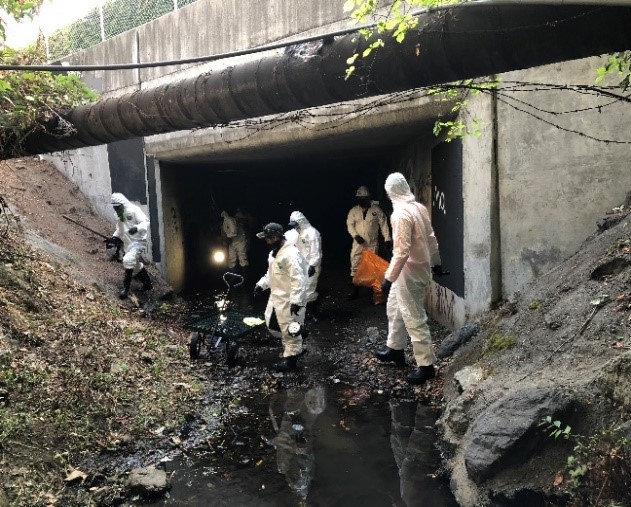 Streets Supervisor John Shindelus with his crew of Jeremy Quintal and Arturo Tinoco work with some of our contracted labor to clear out a large homeless encampment in the City’s storm drain system. This was an especially difficult clean up due to the location, type of debris and conditions within the storm drain. They hauled out a full dump truck load of debris that would have blocked the system if not thoroughly cleared out They also did some work to secure the entrance, so this does not happen again before the rainy season begins. Streets and Parks Divisions have been very active in assisting PD with encampment cleanups and we thank them for all the hard work they do.