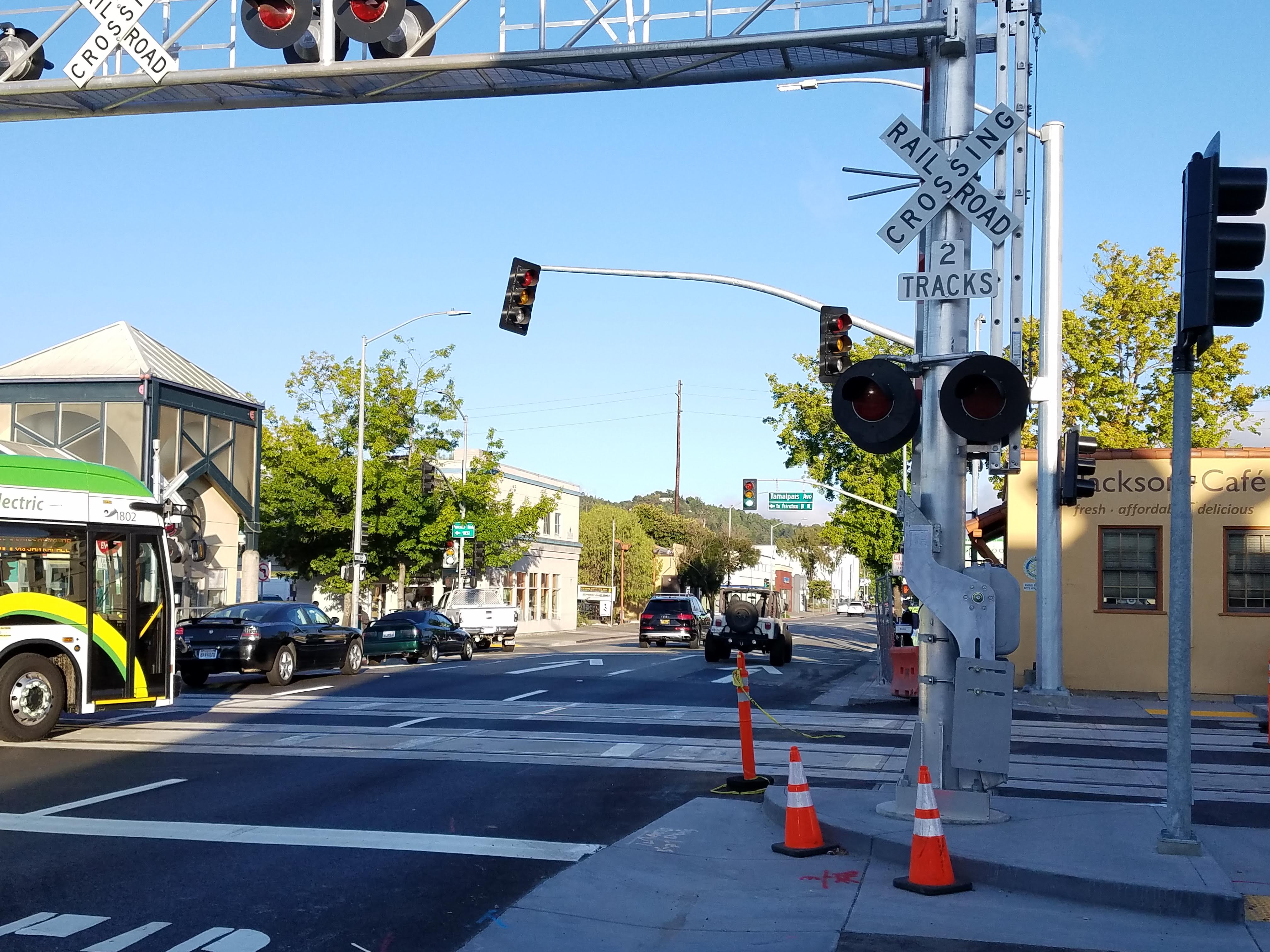 The SMART Larkspur Extension is moving into the next phase as construction winds down and testing of trains begins. The City has coordinated with SMART on the installation of new traffic signal lights at the railroad tracks on 2nd and 3rd Streets. These lights will work in tandem with nearby traffic signals and serve the purpose of keeping vehicles off of the tracks. As SMART anticipates train testing to begin in late August, Public Works is working to ensure the safety of motorist on these very busy roadways and will turn on the new signals in the coming weeks. SMART has advised the City that train testing will initially occur at night over the course of many weeks until they are satisfied that their system works properly.