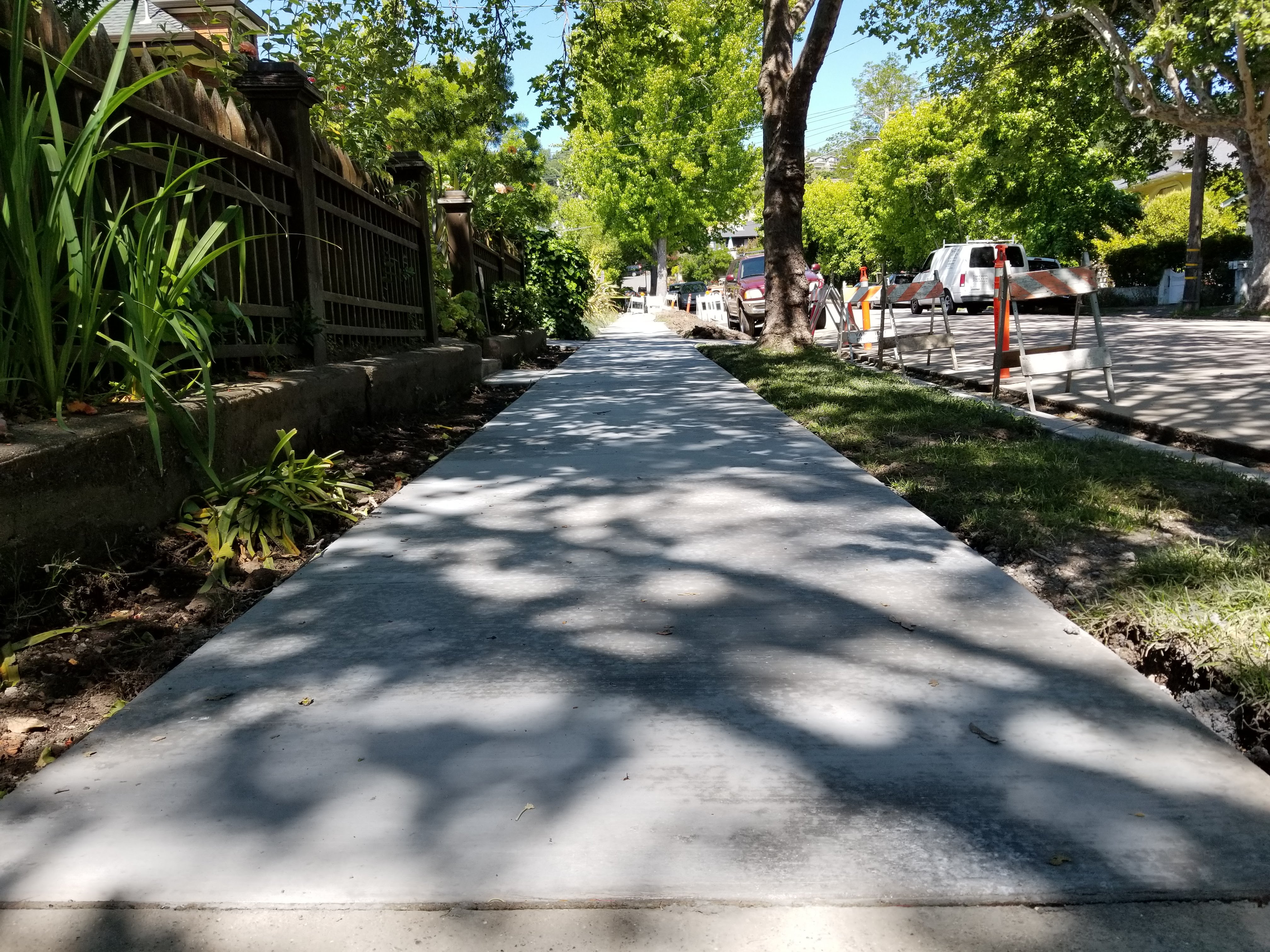 Work continues in the Gerstle Park neighborhood as the City and Van Midde and Son Concrete passed the 3,000 square foot milestone in the neighborhood.  That’s enough new sidewalk in the neighborhood to stretch two football fields long. Over 400 feet of curb and gutter have also been replaced. Work has slowed a little in the neighborhood due in part to the number of roots encountered at each locations. Working closely with our arborist, the City has been able to continue to go up and or around tree roots. Sometimes though, that is easier said than done! Below is an example of roots that we come across during construction.

Here is an example of going around and up and over. This is all done while meeting all requirements of the Americans  with Disabilities Act (ADA). Custom designs and options to preserve trees are all done by the City with consultation with the property. This is all done at no extra cost to the property owner.

The City is also using this opportunity to repair the street in cases where roots have made “natural” speed bumps. 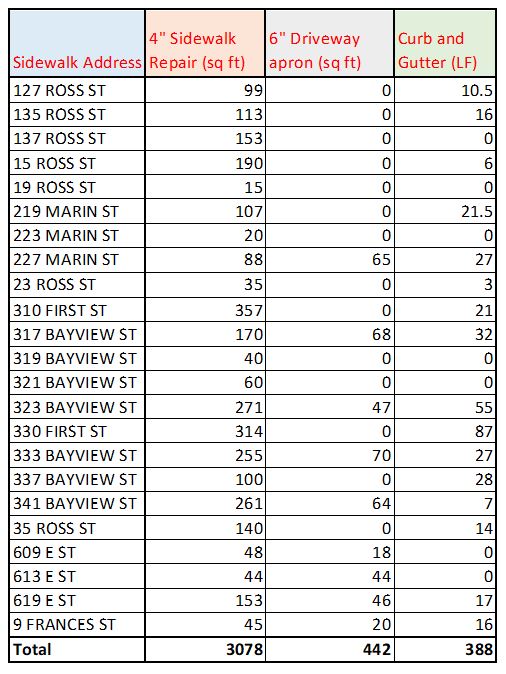 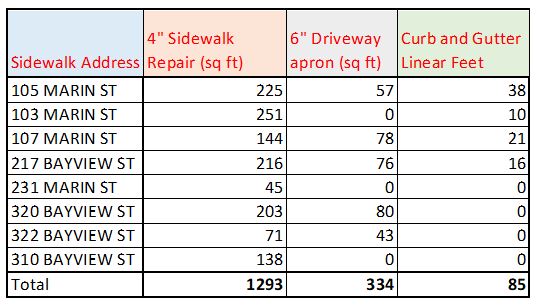 Fun fact: The City is planting more trees than than we are removing through the Sidewalk Repair Program. Locations in Sun Valley where trees were removed will be replanted shortly.