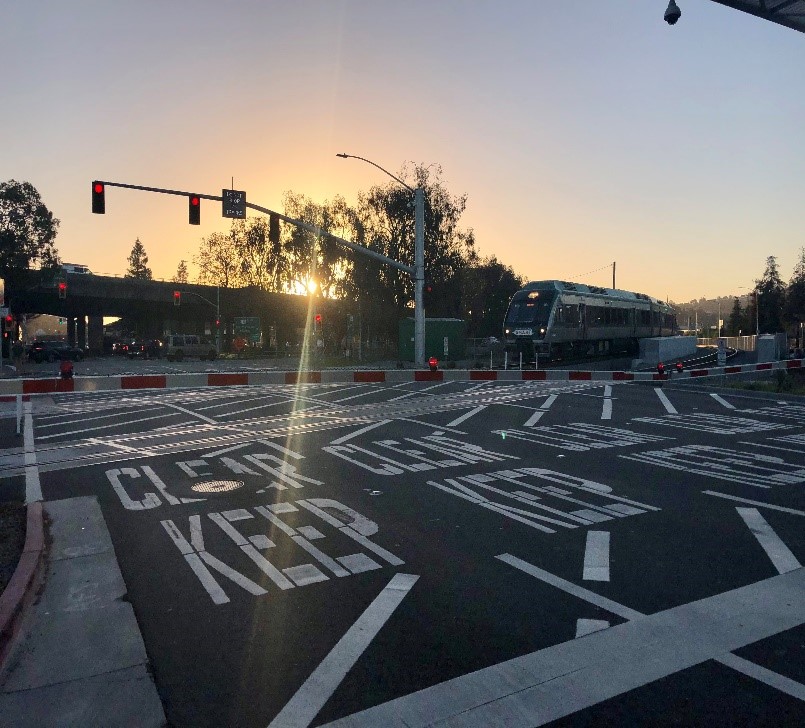 As part of the Francisco Blvd West Multi-use Pathway project, Francisco Blvd West between 2nd Street and Rice Drive was converted to a one-way southbound street. In doing so, the northbound right turn lane onto 2nd Street was eliminated as one measure to reduce the number of vehicles stopping on the railroad tracks. Additionally, the project included other safety enhancements around the railroad crossing. These include diagonal striping between the railroad tracks to help delineate where cars should not stop, electronic signs which read “Do Not Stop on Tracks,” and changing the signal operations such that all directions are red as the train approaches. These changes were supported by the City, SMART, California Public Utilities Commission (railroad crossing governing agency), and the San Rafael Police Department. 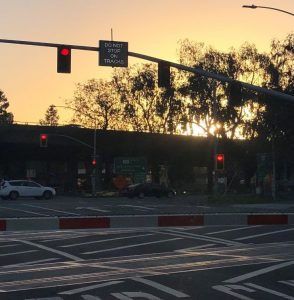