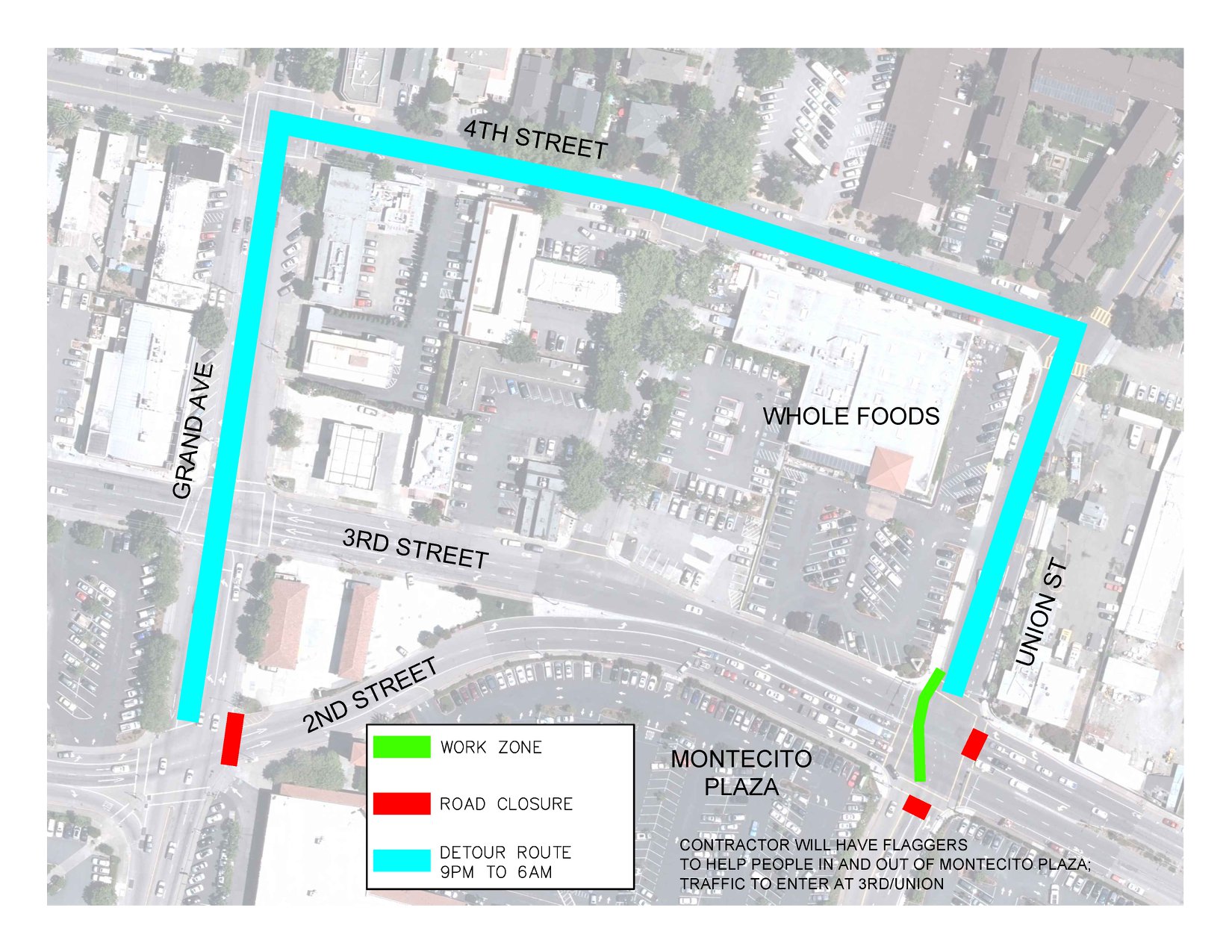 Closure and detour at Second and Third Street

Work will begin May 21st, and is expected to last three nights.

Questions or concerns may be directed to Senior Civil Engineer, Hunter Young, at 415-485-3355 or www.cityofsanrafael.org/contactDPW