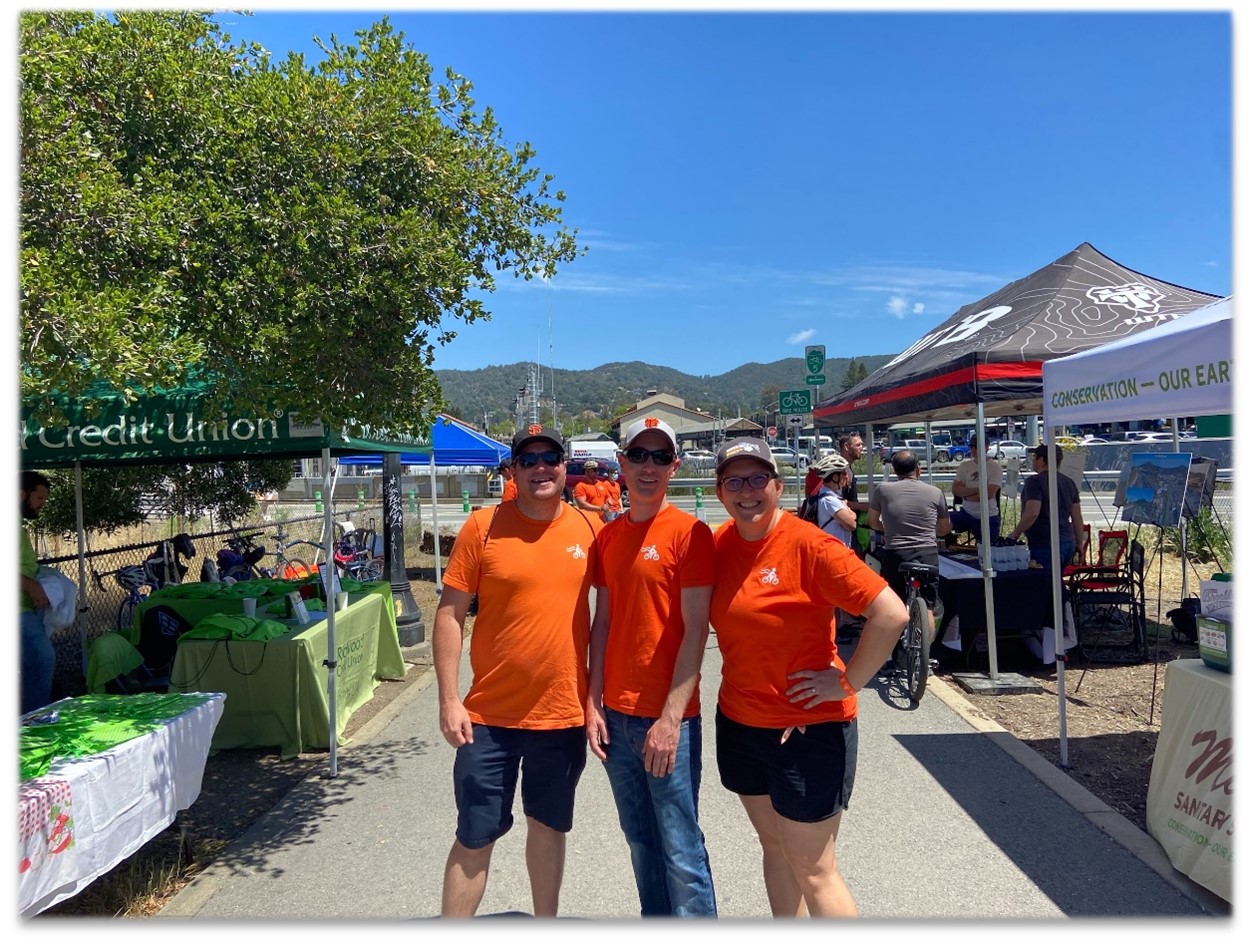 The San Rafael Leadership Institute (SRLI) is a nine-month program of the San Rafael Chamber of Commerce that embraces, explores, and collaborates with different leaders throughout Marin County. This year the SRLI class has three graduates from the City of San Rafael: Shawn Plate (Finance), Alex Holm (SRPD), and April Miller (Public Works). This year’s class project was focused on bicycle safety. On Saturday May 21st, the SRLI held a Bike the Boulevard event near the recently completed bicycle connection along Francisco Blvd West. Multiple sponsors set up booths to provide education, bike lights, information, and swag to hundreds of bicyclists that utilized the path that day. Public Works Promotions.

The Public Works Department is also pleased to announce two internal promotions. Both JC Agcaoili and Megan Kelly have been promoted from Junior Engineers to Assistant Engineers. JC began at the City in November 2019 and has grown into a key asset in public works. His serving the public first attitude and proactive public outreach was critical during the Bungalow Avenue project that required the city’s contractor to remove vehicle access to residents’ homes for multiple days in a row over the course of several months. Megan Kelly began work at the City in June 2021 after 5 years in the private sector with BKF Engineers. Since Megan has joined DPW she has been a great asset to the organization in her dual role with the encroachment permitting team and land development review team. Her technical expertise and ability to collaborate effectively with contractors, developers, utility providers, and residents is key to our success. We’re thrilled to have them part of the team!