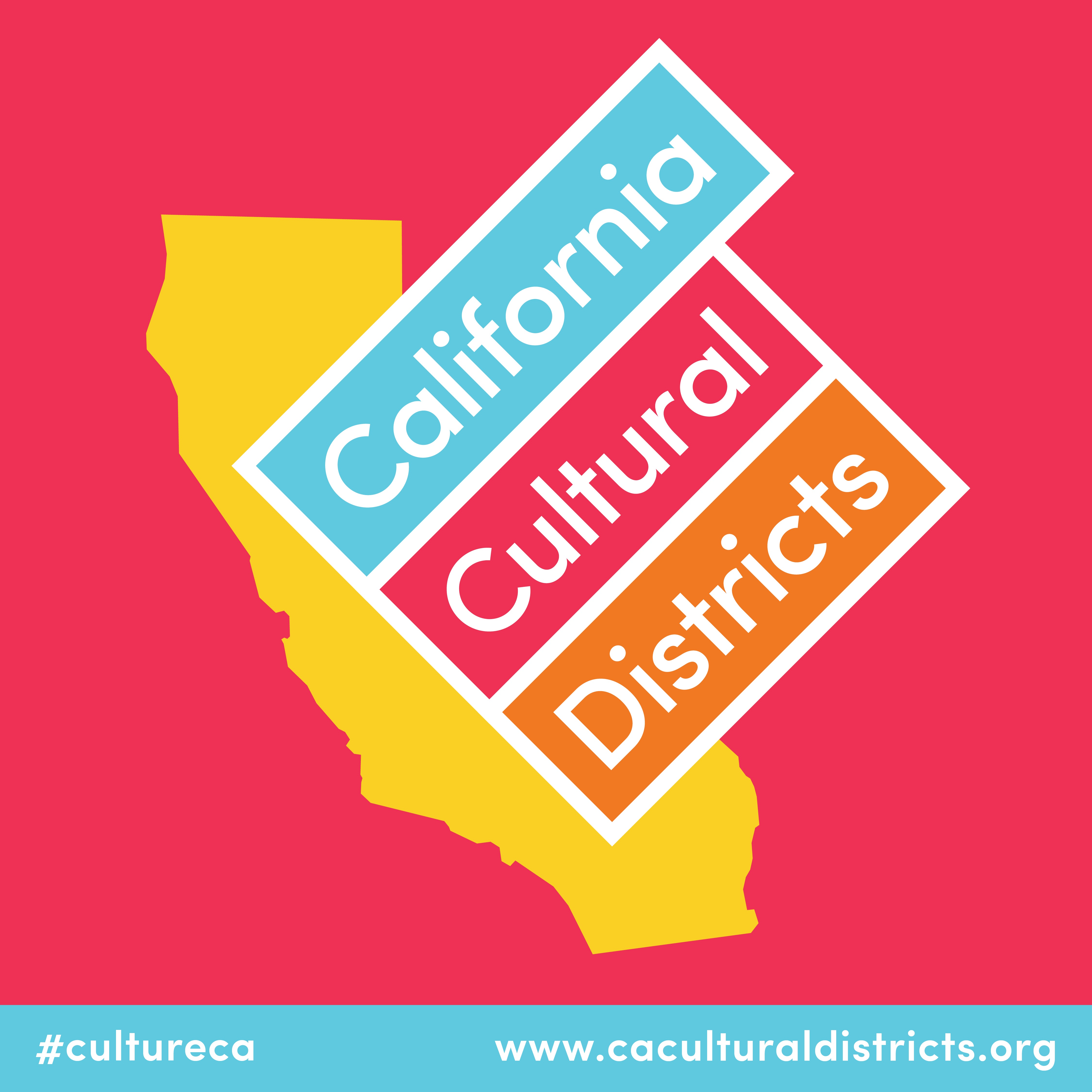 San Rafael has been selected as one of California’s premier state-designated arts and culture districts, the California Arts Council announced today. San Rafael joins 13 other districts in a new program highlighting the state’s unique artistic and cultural communities within California, home to the country’s leading creative economy.

The newly designated Downtown San Rafael Arts District is located along the spine of Fourth Street in San Rafael. The arts district provides a unique place to create and appreciate arts and culture – San Rafael arts partners provide programming for people to come together, make connections, and get involved in the larger community. The district’s anchor partners include:

In addition to the five primary arts partners, there are dozens of arts related businesses and non-profit arts organizations in the arts district such as the Marin Society of Artists, the Bel Rose Theater, Riley Street Art Supply, Folk Art Gallery, Bananas at Large, Seawood Photo, Copperfield’s Books, and many others.

“We are excited the State of California has recognized the Downtown San Rafael Arts District for its unique character and vibrancy,” said San Rafael Mayor Gary Phillips. “From the studios and galleries at Art Works to the independent films at the Rafael Theater, there is always something happening downtown. I encourage everyone to get involved in our local arts community and join us to celebrate the arts district designation at the Second Fridays Art Walk on July 14. I think you will see first-hand the transforming power that art can have on our lives and our community.”

The Downtown San Rafael Arts District welcomes visitors to check out the latest art projects at the Second Fridays Art Walk. This monthly art stroll features galleries, open studios, art exhibits, live music, as well as wine and refreshments. Anchored by Art Works Downtown galleries and studios, the Second Fridays Art Walk is a signature event of the arts district – it links many of the arts related businesses along Fourth Street on the second Friday of every month from 5 to 8 PM.

“State-level designation of Cultural Districts, with California’s diverse geography and regional variety, allowed for an entirely new and comprehensive look at our deeply valued cultural assets,” said Donn K. Harris, California Arts Council Chair. “San Rafael’s commitment to these assets speaks of a state deeply invested in the places and people that celebrate local traditions and creativity. Our goal with this pilot program is to support a group of districts that meet high standards of coherence, vision, and purpose – ones that could set an example for districts that will follow as the program develops and grows.”

“These Cultural Districts showcase California’s cultural diversity and vibrant experiences,” said Caroline Beteta, president and CEO of Visit California. “The districts are one more way to highlight the one-of-a-kind places throughout our state that inspire residents and visitors alike.”

Originating with the adoption of Assembly Bill 189 in 2015, authored by Assemblyman Richard Bloom, the California Cultural Districts program aims to leverage the state’s artistic and cultural assets. Aligning with the mission and values of the California Arts Council, the districts will celebrate the diversity of California while unifying under an umbrella of shared values—helping to grow and sustain authentic grassroots arts and cultural opportunities, increasing the visibility of local artists and community participation in local arts and culture, and promoting socioeconomic and ethnic diversity. Districts will also play a conscious role in tackling issues of artist displacement.

San Rafael will receive the designation for a period of five years, per state legislation. Designation, under this pilot launch of the program, includes benefits such as technical assistance, peer-to-peer exchanges, and branding materials and promotional strategy. The California Arts Council has partnered with Visit California and Caltrans for strategic statewide marketing and resource support.

San Rafael and 13 other pilot districts will offer feedback to the Council to ensure the subsequent launch of the full program will be supportive, accessible and appropriate for all types of cultural centers. The pilot cohort program will run until 2019, after which additional new districts will be eligible to apply for a state designation through the finalized certification process.

Selection for the California Cultural districts was conducted through a multistep process, including an open call for initial letters of intent, a peer panel review, site visits for semi-finalists, and an invited finalist application. The program was highly competitive and received interest and submissions from dozens of communities across the state.

Learn more about the California Cultural Districts program at www.caculturaldistricts.org.

The mission of the California Arts Council, a state agency, is to advance California through the arts and creativity. The Council is committed to building public will and resources for the arts; fostering accessible arts initiatives that reflect contributions from all of California’s diverse populations; serving as a thought leader and champion for the arts; and providing effective and relevant programs and services.