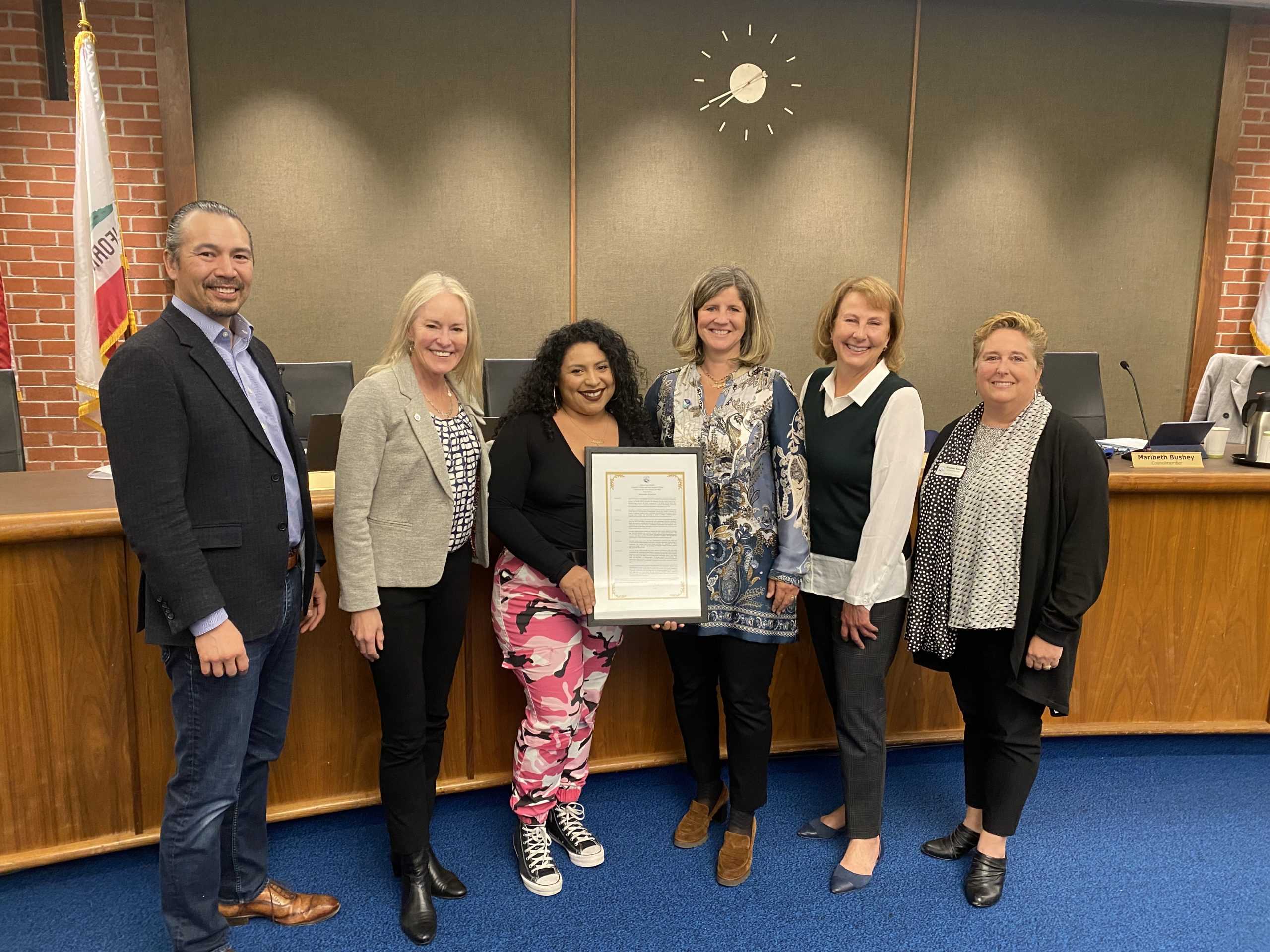 Samantha Ramirez is committed to uplifting the community in which she resides, both in her work and her extracurricular activities. As a bilingual and bicultural community member with family from El Salvador and Honduras, she has worked hard to be a powerful bridge between the LatinX communities in San Rafael and the bodies that govern San Rafael. She is a passionate advocate for students and creating a fairer and more equitable environment for inside and outside of the school system.

Samantha is a coordinator of the Marin County Youth Commission, a group of 23 young people that work with the Board of Supervisors, and she has worked to increase the number of students of color on the Commission and transformed the group to better represent Marin County. The Commission is proud to include a variety of races, cultures and experiences, which was a variety that did not exist previously.

In 2020, Samantha worked with students who had a desire to participate and attend rallies for Black Lives Matter, and built trust and relationships with their families to assign and coordinate pick-ups and drop-offs for students who desired to attend. The relationships she built with families, and difficult conversations she facilitated, were with the purpose of providing experiences to students that could make a difference and to help introduce them to advocacy.

Samantha makers herself available to families who don’t speak English by meeting with them and helping them maneuver through more complicated processes. One example of this was her work with a family who desired to find housing but needed assistance with filling out and submitting applications in English. She met with this specific family on three occasions until they were able to acquire housing.

Samantha spends much of her free time volunteering by serving on the Youth and Parent Council for Marin Promise Partnership, attending community events, Board of Supervisors, City Council and School Board meetings; she supported the Marin Community Fridges Initiative and advocated to eliminate School Resource Officers from San Rafael schools.

Samantha ran for Office for the San Rafael Board of Education in 2020, and while unsuccessful, she wanted the School Board to represent the community they serve and to signal to young people that they can also run for office and that their voices would be heard. Her running for Office provoked discussions among the youth of San Rafael about the importance of representation, of having someone in leadership who represented a significant part of the community. Her candidacy demonstrated that the voice of the youth matter, and the voice of people of color in this community matter.

Samantha has made such an impact to the community that she received a total of nine nominations for Citizen of the Year. In the opinion of her nominators, she has gone above and beyond her official role to nurture and mentor kids in our community, particularly Latino kids who have had very few Latinos in leadership roles to whom they could look up to and relate. She has served as a bridge builder, which is a tremendous gift, and which she does without compensation, and she has proven to be an exemplary citizen of San Rafael.

The San Rafael City Council expresses its appreciation to Samantha Ramirez on behalf of this community and hereby awards her the Richard O’Brien and the Mary Ferrario O’Brien Citizen of the Year Award for 2022.