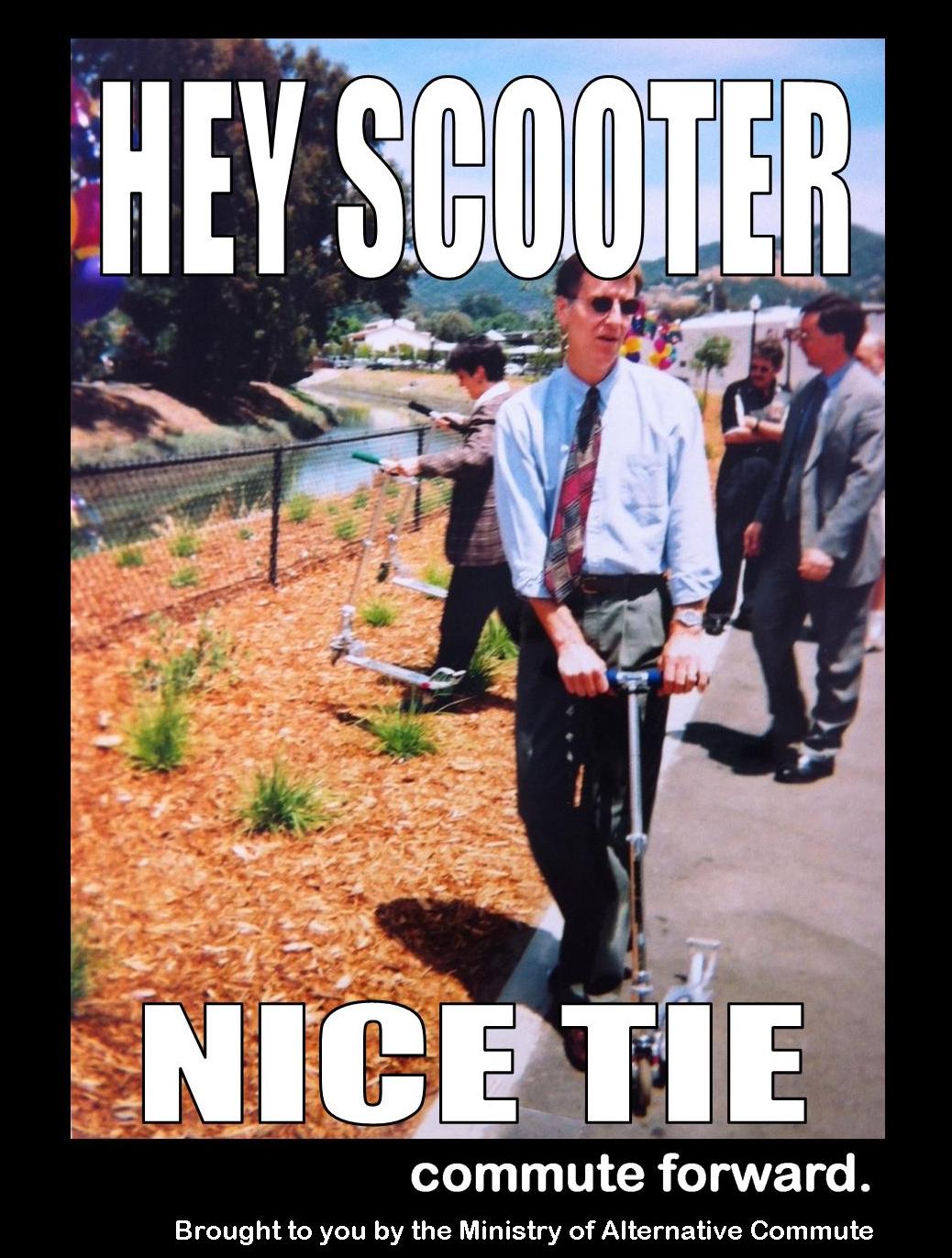 Richard Landis on a scooter

At Monday’s City Council meeting, we will celebrate the career of Richard Landis, who retires at the end of the year. Richard began his career with the San Rafael Public works department 20 years ago and has become legendary in his position as Administrative Manager as someone whose wit and charm could diffuse contentious situations. Above all else, Richard has handled himself with integrity, loyalty, and character as he managed facilities, fleet and garage staff, the complexities of dredging the San Rafael Canal, and much more.  We wish him many sunny and under-par days on the golf course. Congratulations on your retirement Richard! You will be missed!