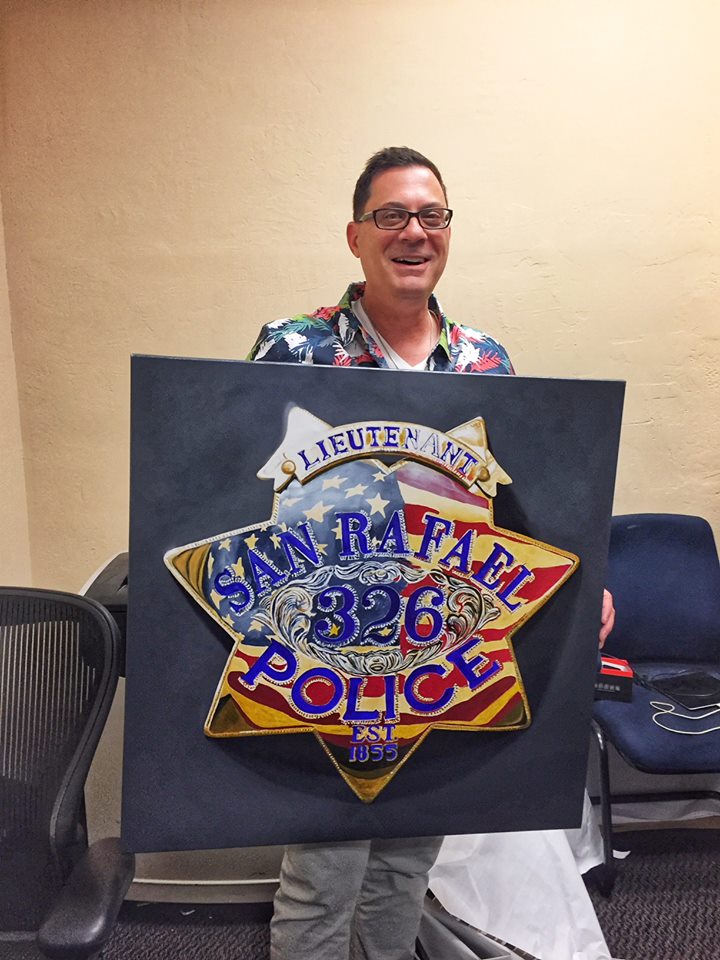 On August 31, Lieutenant Raffaello “Ralph” Pata retired after 34 years of service to the City of San Rafael. Ralph was born and raised in San Rafael, attending St. Raphael’s School and San Rafael High School. He began his service to the City as a dispatcher for the San Rafael Fire Department. Two years later, at the age of twenty, he joined the San Rafael Police Department as a cadet. Ralph says his best memory by far was the day his son, Giuseppe, pinned on his Lieutenant’s badge. On Monday evening, the City Council will honor Ralph with a resolution of appreciation and thank him for his 34 years of service.