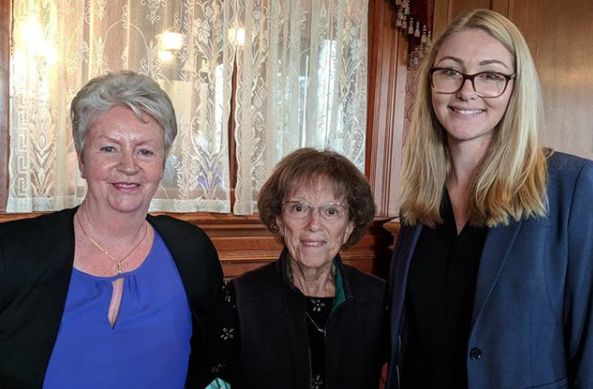 Congratulations to Esther Beirne for her retirement after 18 years in the San Rafael City Clerk’s Office. Esther joined the City Clerk’s Office as the Deputy City Clerk in 2001 and was first elected City Clerk in November 2007. During Esther’s legacy of service, the City Clerk’s Office offered exceptional responsiveness and her forward-thinking focus provided the framework for an open and neutral approach to conducting City Council meetings, recording and maintaining accurate City history, serving as Custodian of Records, conducting impartial elections, publishing legal notices, and maintaining the City’s Municipal Code. Esther will be greatly missed and we wish her well!