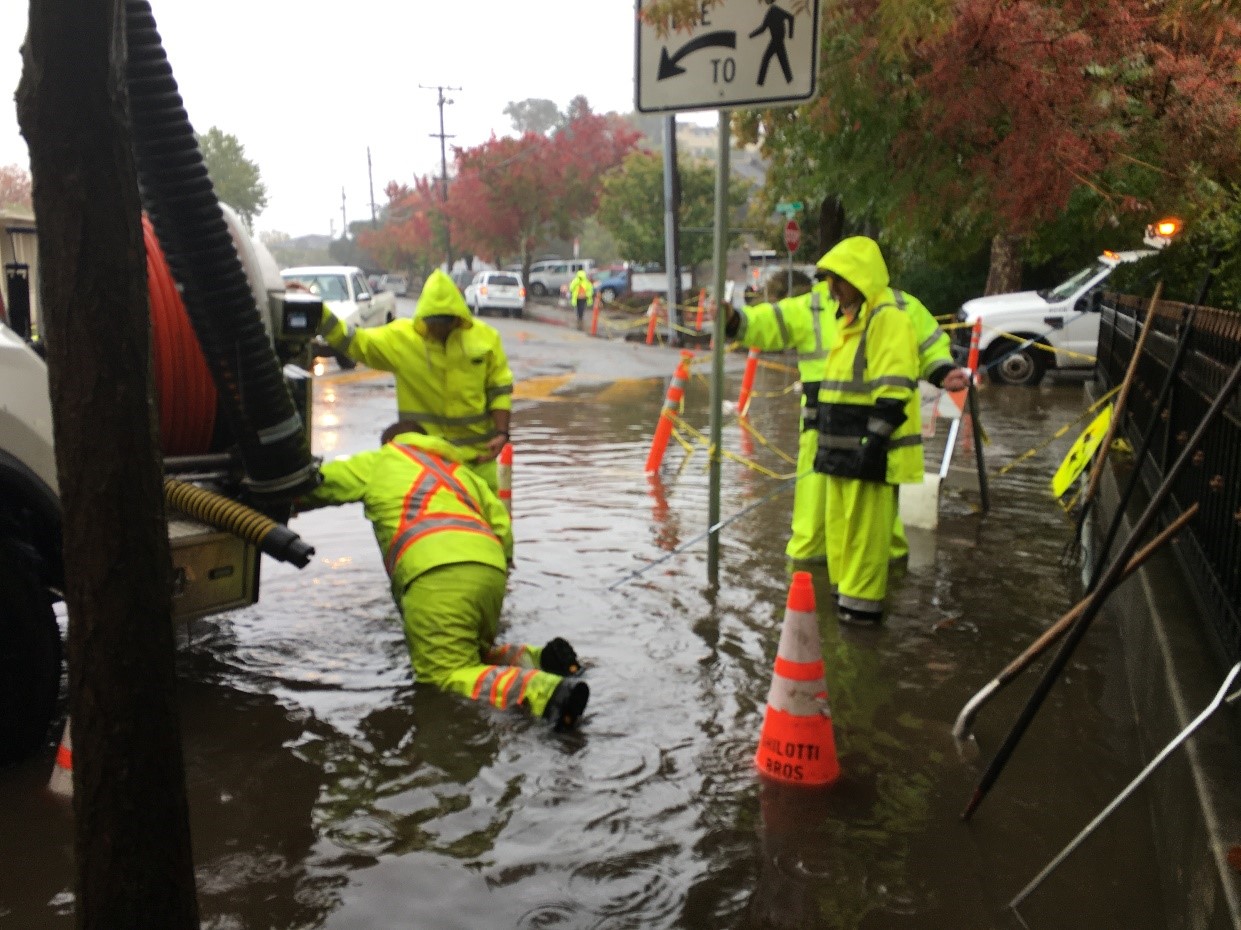 Recently, the Bay Area saw a historic storm pass through the area on Sunday, October 24th. San Rafael received over 8 inches of rain in a 24-hour period along with strong gusty winds and a storm surge that caused a predicted 5.6ft tide to swell to a 6.9ft observed height. San Rafael saw significant flooding in the downtown area and in the Gerstle Park and Bret Harte neighborhoods. There were a number of downed trees throughout the City as well. Fifteen Department of Public Works Maintenance staff members worked tirelessly through the night and day from 12am Sunday morning to 9pm Sunday night responding to calls for service. The Police and Fire Departments were also heavily involved responding to calls for down trees and flooding and the Police Dept. took on the majority of the road closures due to flooding. This was truly a team effort of these three departments to ensure public safety, and a perfect example of Together San Rafael. In the photo below you will see maintenance staff members Kenny Gatlin, Tyler Nord, Mike Castaneda, Jose Tellez and John Shindelus trying to clear a blocked storm drain on Woodland Ave.