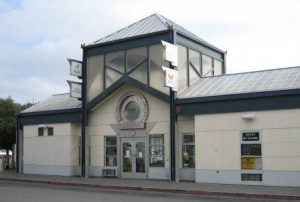 Golden Gate Transit has kicked off their environmental and engineering work for the new Transit Center. Which has held three meetings so far; Citizens Advisory group 2/27, Managers Meeting 3/15 and Concept Development workshop 5/4. Golden Gate Transit is evaluating ideas and plans to bring their initial thoughts back to the working group at the end of May. They plan to have a public meeting in early to mid-June (before school gets out) for public reaction. They will spend the summer refining ideas so as to have a preferred alternative in the Fall.

The three original concepts are under study.  Also, two under freeway ideas, a double deck solution, and a solution that crosses Tamalpais between Third and Fourth utilizing a portion of the block west of Tamalpais.  All the ideas are being evaluated.

Closing Fifth Avenue is no longer under consideration.

Glass and Sash was evaluated and rejected in the original studies.  The reasons were:

Finally, Environmental Analysis will go for another year, followed by design, right of way acquisition, and construction.  The entire process to completion is expected to take 4 to 5 years depending on the alternative selected.