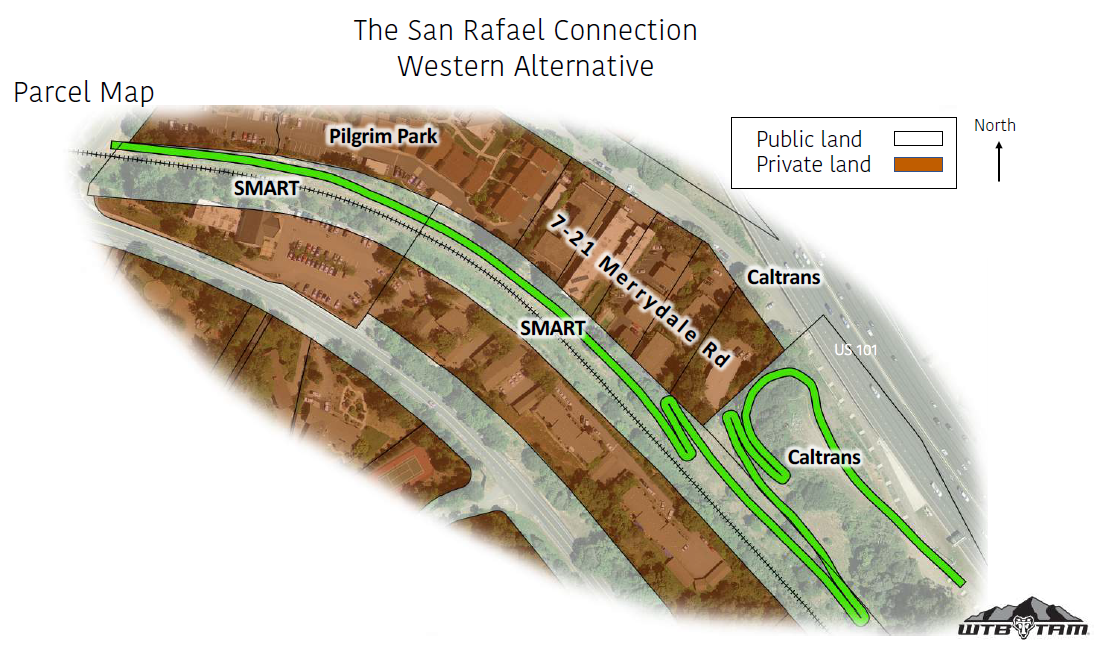 Public Works is usually known for its big, noisy, and (maybe) controversial construction projects but sometimes we need to take a step back and study our options before proceeding.

For example, there is a half-mile gap in the North-South Greenway between the Puerto Suello Path at the top of Lincoln Avenue and where the trail starts up again at Ranch Road. The vision of the North-South Greenway is that is an All Ages and Abilities bicycle facility that takes people to different destinations parallel to the SMART rail line. The city has filled in other gaps, such as the one between Second Street and Andersen Drive. The gap near Puerto Suello Path has been a challenging one to close because of the slopes in the area and figuring out a way to cross the train tracks. The bicycling community is excited to work with SMART and the City to figure out an alignment that works. Below is what they propose: