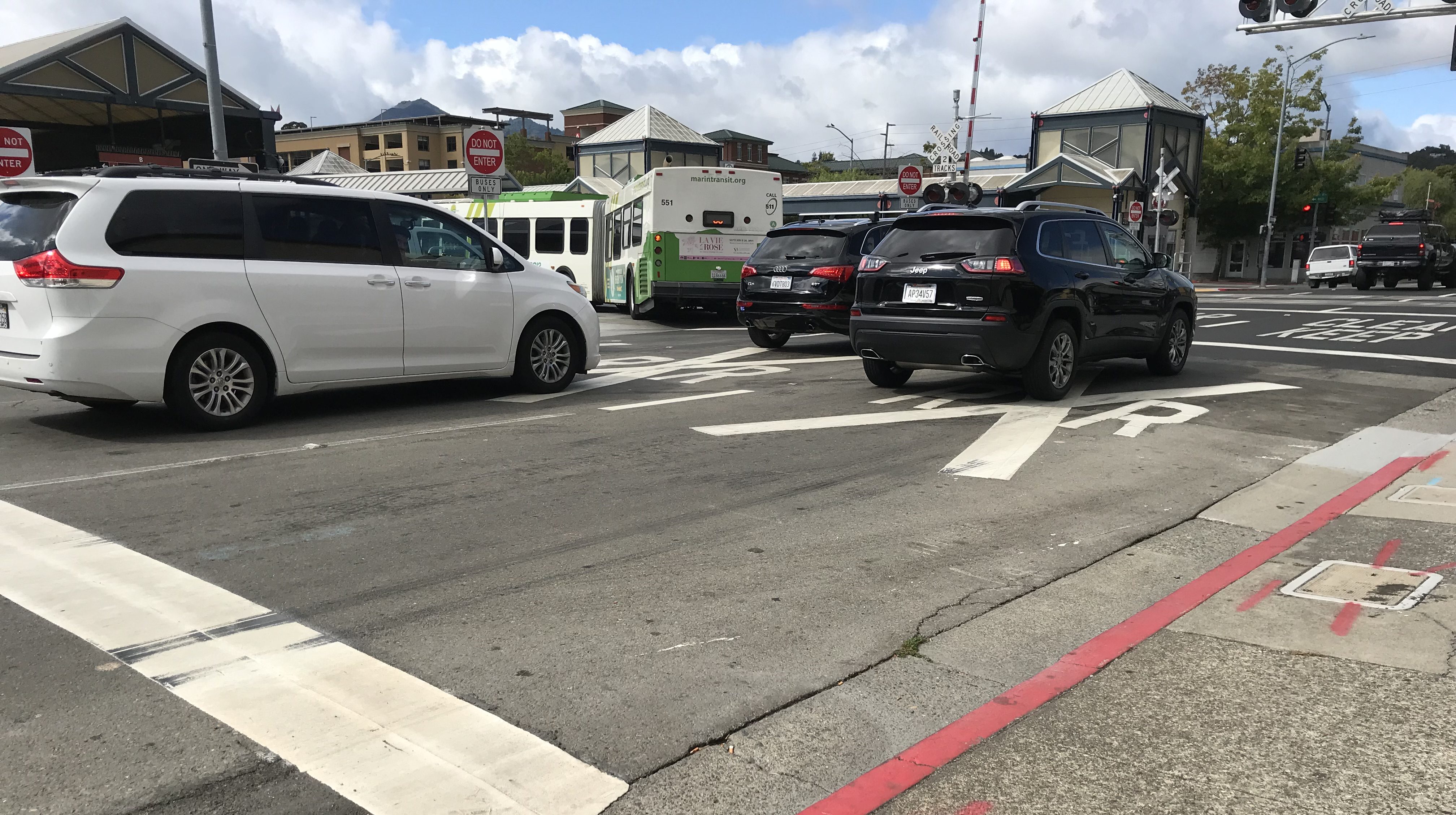 The new traffic signals are up and running on Second and Third Street so that SMART can begin service to Larkspur after they pass all the train tests. Both the Police Department and the Department of Public Works have received many phone calls and e-mails in frustration over the new traffic signals and increased delays. While staff and consultants are working hard to fine tune the progression of the traffic signals, we want to remind you that an increase in delay with the additional traffic signals is inevitable. We revisited the train crossings this week and discussed what signage and striping could be added, removed, or relocated to make the area less cluttered. We have some ideas and will implement them soon. Also, we want to take a moment to remind you of train safety: stop before the train tracks and crossing arms. As a pedestrian, please look up from your phone, remove your headphones, and cross at the signalized intersections (where there are curb ramps, marked crosswalks, and countdown pedestrian heads).