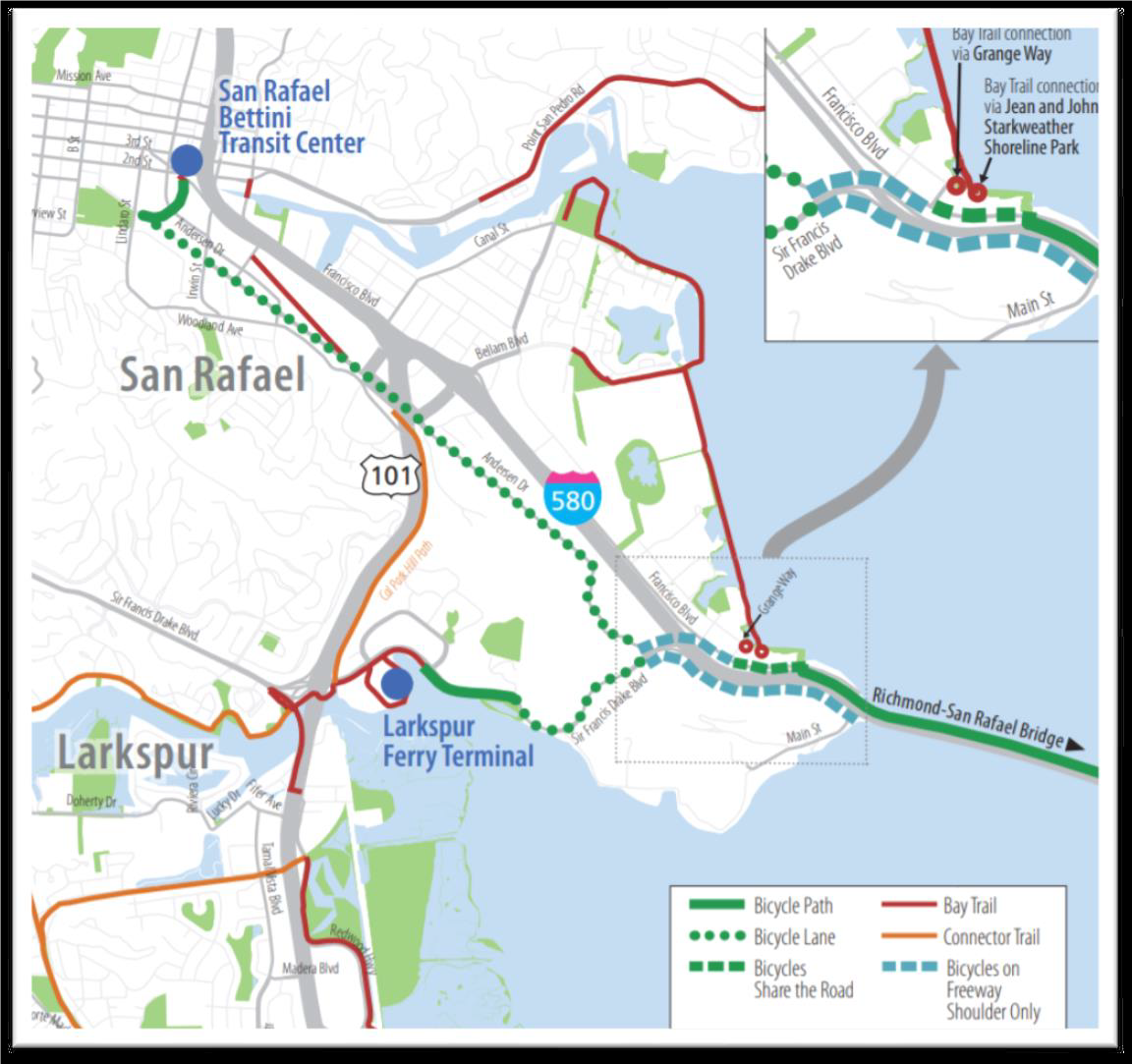 The path runs along the north side of Interstate 580 from Castro Street in Richmond across the upper deck of the bridge to East Francisco Boulevard in San Rafael. Cyclists and pedestrians on the 10- foot wide, bi-directional path on the bridge’s upper deck will be separated from traffic by a movable concrete barrier system, similar to the one installed on the Golden Gate Bridge in 2015.

The estimated $20 million path project was developed in tandem with conversion of the right shoulder on eastbound I-580 to a third traffic lane for peak-period use from Sir Francis Drake Boulevard in San Rafael to the Richmond Parkway/Point Richmond exit in Richmond. BATA partnered with Caltrans, Contra Costa Transportation Authority, and the Transportation Authority of Marin on both projects.

The Richmond-San Rafael Bridge bicycle and pedestrian path will be open 24 hours a day, seven
days a week.