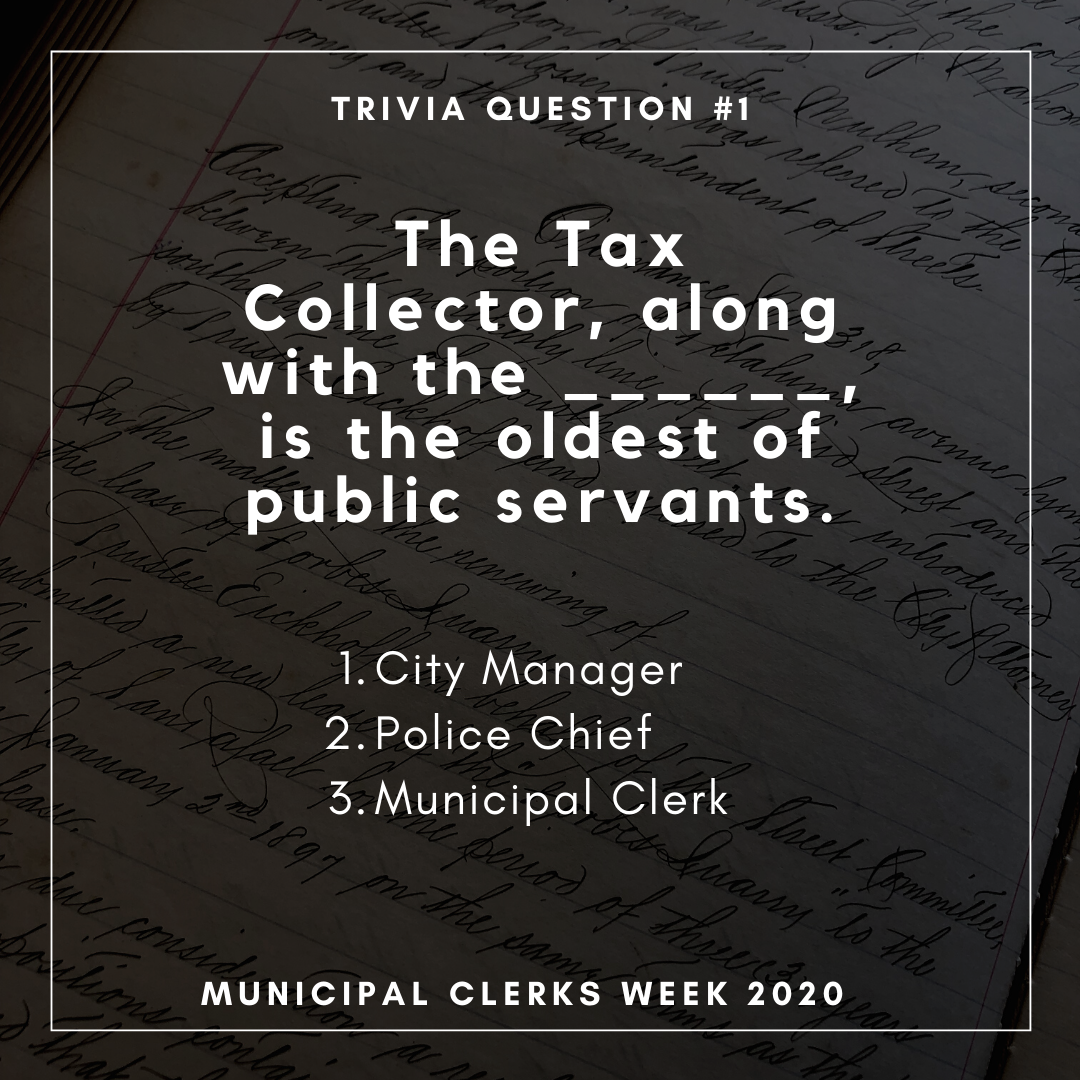 Happy Monday everyone! Did you know that Ancient Greece had a city secretary who read official documents publicly? At the opening of a meeting, one of their duties was to read a curse upon anyone who should seek to deceive the people. Interestingly enough, City Clerks are reverting back to the times in Ancient Greece by reading comments aloud into the record for our virtual City Council meetings!

All of those who submit an answer by email will have their names included in a drawing for a prize!