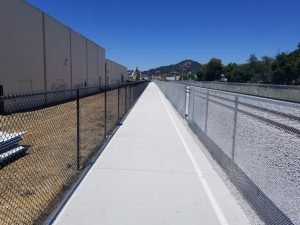 The approximately 4,500‐foot multi-use pathway (MUP) would extend from Andersen Drive to Mahon Creek. The MUP would be constructed within City and SMART right‐of‐way.

On the southern end of the proposed MUP, at the intersection of Andersen Drive and Francisco Boulevard West, the pathway would connect to the existing SMART pathway to Larkspur and existing bike lanes on Andersen Drive. On the northern end, the proposed MUP would connect to the existing Mahon Creek Pathway to the west and to an existing pedestrian bridge/walkway to the north that extends to 2nd Street in downtown San Rafael. Once the entire SMART multi‐use pathway (from Cloverdale to Larkspur) is completed, it is expected that 7,000 to 10,000 people would use the MUP daily.

The MUP would consist of an 8 to 10‐foot wide paved pathway with associated 2‐foot wide shoulders. In addition, the MUP would require installation of a prefabricated bridge (approximately 300 square feet), drainage facilities, retaining walls, railings, fencing, and other minor project elements, such as signage and pavement markings. Several sections of retaining wall, totaling approximately 1,300 feet, would be installed along the western edge of the proposed MUP. 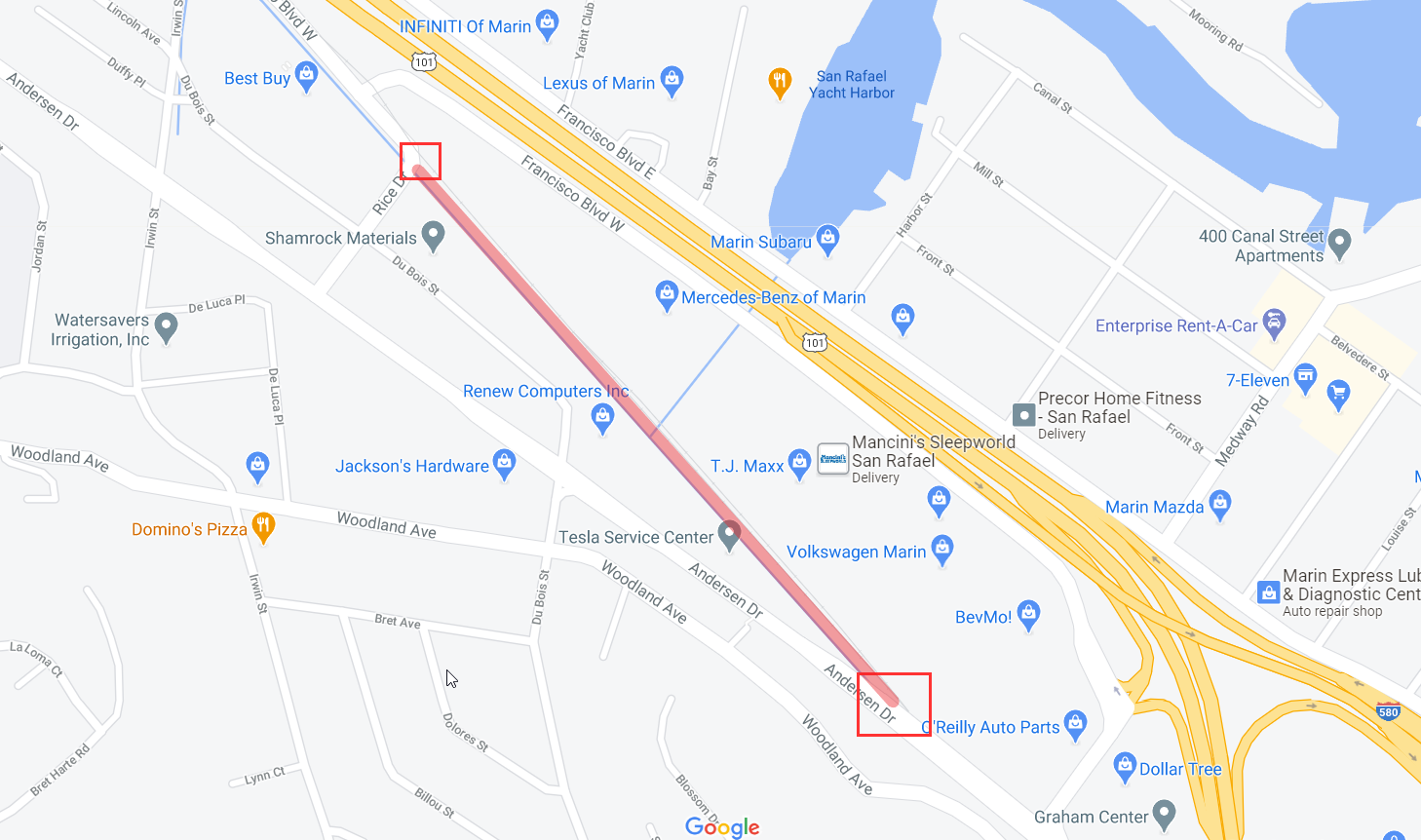 From Monday, April 12 to Friday, April 16, the City's contractor, Van Midde & Son Concrete, will replace two concrete flags along the Multi-Use Pathway between Andersen Drive and Rice drive. The pathway will be closed for the duration of construction (see map for reference). Pedestrians and bicyclists are advised to use Andersen Drive as... 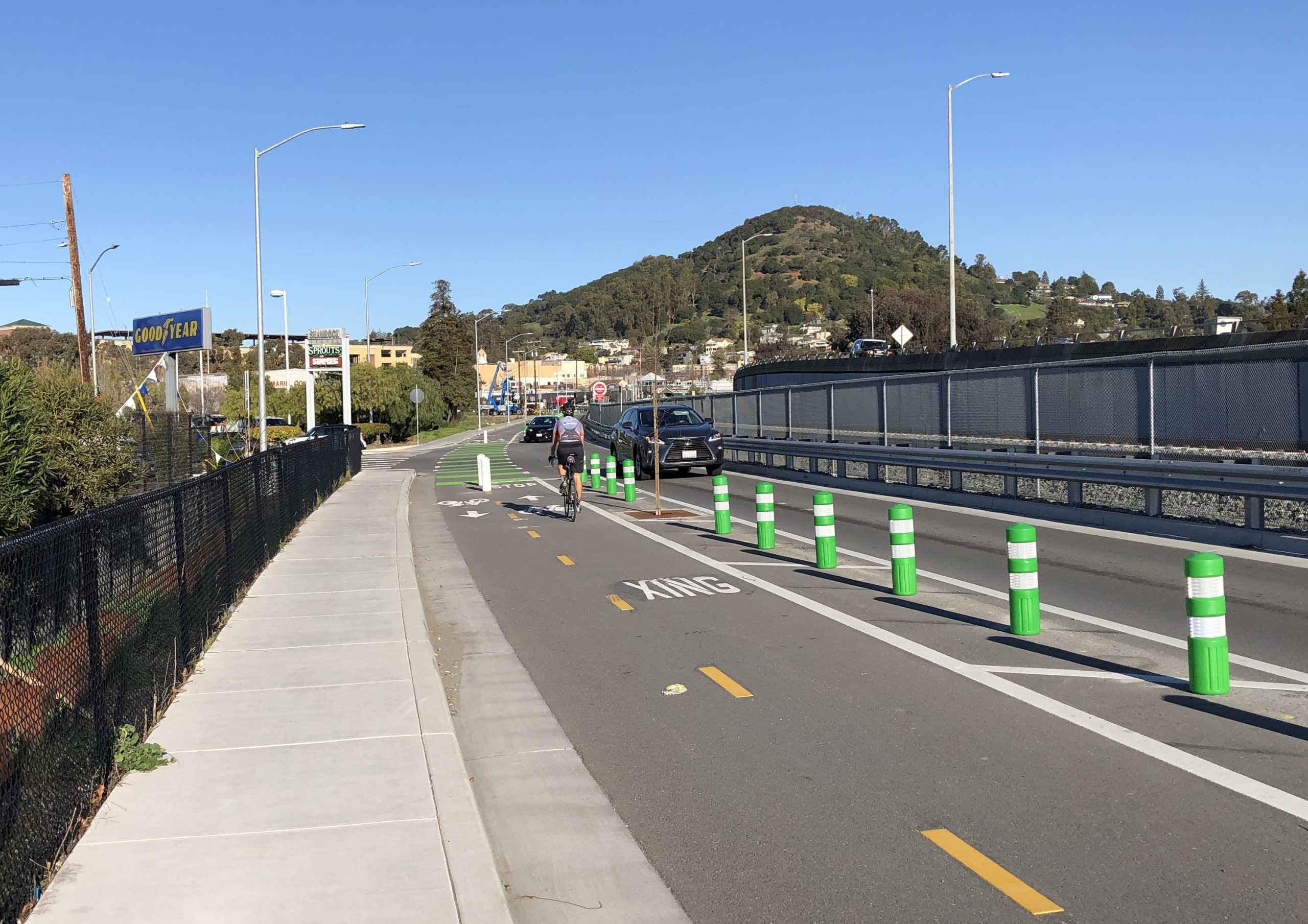 Earlier this month the City completed the Class IV bikeway on Francisco Blvd West between Rice Drive and 2nd Street. This segment is part of the larger North-South Greenway through Marin County, which is one of the Marin County Bicycle Coalition’s highest priorities. San Rafael is thankful to all the project funding sponsors for contributing... 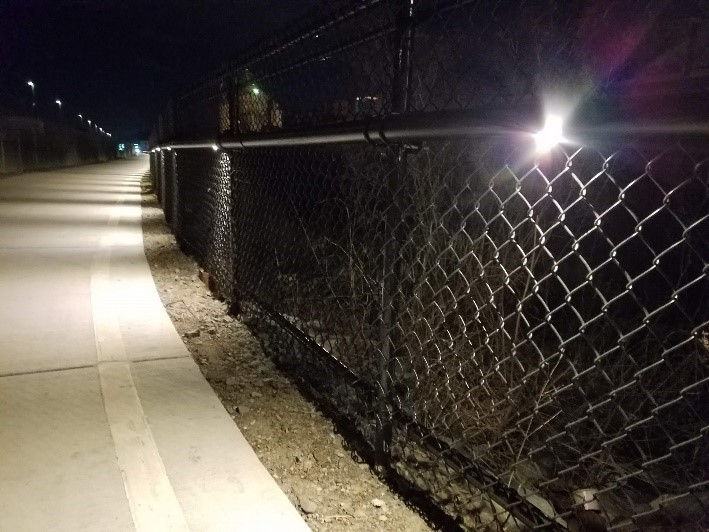 Thanks to the combined efforts of Streamline Builders and DC Electric, lighting has been installed along the multi-use path between Andersen Drive and Rice Drive. These LED lights are mounted to the existing fence between the creek and the pathway and are set to illuminate automatically once the sun has gone down.      ...