70% of people experiencing chronic homelessness in Marin report having some type of psychiatric or emotional challenge.  In Part 1 of this three-part series, we looked at what Serious Mental Illness (SMI) is.  In Part 2, we looked at how the state hospital system was created.  In this final part, we’ll look at what happened after the state hospital system was dismantled through a process called “deinstitutionalization.”

The Unintended Consequences of Deinstitutionalization

If you were to evaluate the success of deinstitutionalization by measuring the clearing out of state hospitals, it was a resounding success.  Between 1955 and 1998, the populations in state and county mental health hospitals dropped from approximately 558,000 to fewer than 60,000.  If the number of beds available in 1955 had simply kept up with population growth, state hospitals would have had 950,000 patients in 2000.  In other words, our country has lost 94% of its per capita mental health bed capacity.  Three things happened to accelerate this change.

According to research from Dr. Seager’s book Street Crazy, before deinstitutionalization, state hospitals actually served a variety of people, and most people experiencing serious mental illness were being treated and returned home.  By comparison, long-term neglect was much more common among senile elderly people and people with incurable, degenerative neurological conditions (epilepsy, ALS, multiple sclerosis, Parkinson’s), who were also warehoused in these facilities. 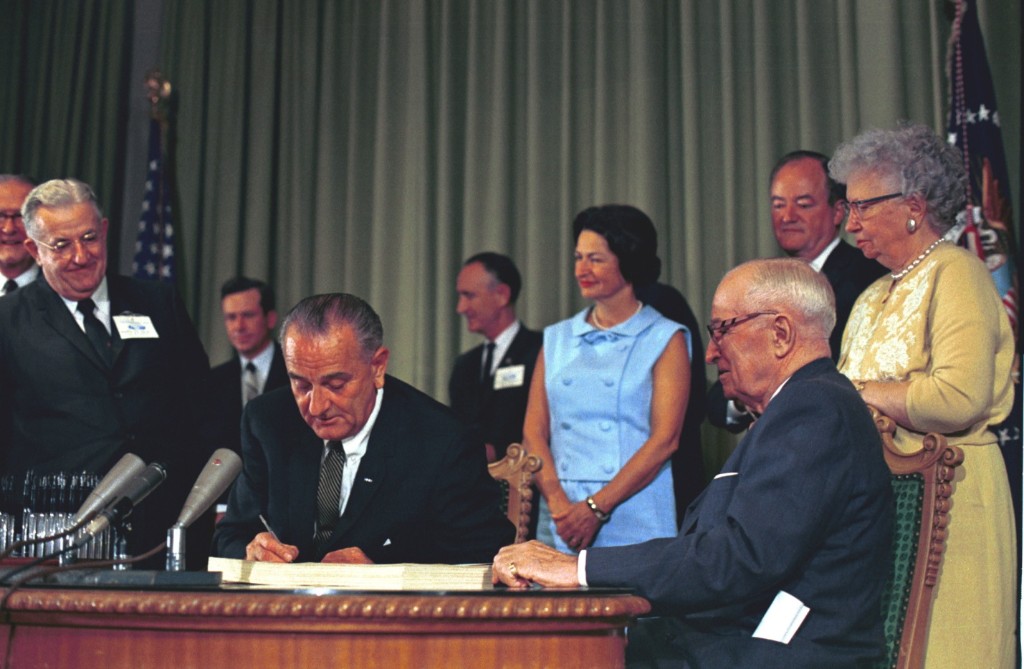 This all sounds like great news, right?  It definitely was for a lot of people but not for folks with serious mental illness. As Dr. Seager describes, local community mental health centers didn’t actually takeover care for the seriously mentally ill.  Instead:

When people are “institutionalized” or “committed”, they are held involuntarily for treatment.  There are two legal ideas that support this practice:

Unfortunately, the commitment process, like state hospitals, had witnessed abuse.  Family members were colluding with doctors to lock away spouses and elderly relatives, and patients were often subjected to treatment against their will.

Building on the momentum of the Civil Rights Movement in protecting individuals’ civil liberties and right to due process, in 1969 California passed the “Lanterman-Petris-Short” Act.  In a few short years, the “LPS Commitment Process” became the model law for almost every state.

The LPS Act created strict new standards for involuntary holds that were overseen by the court system.  To this day, to be placed on an involuntary hold, someone has to be: 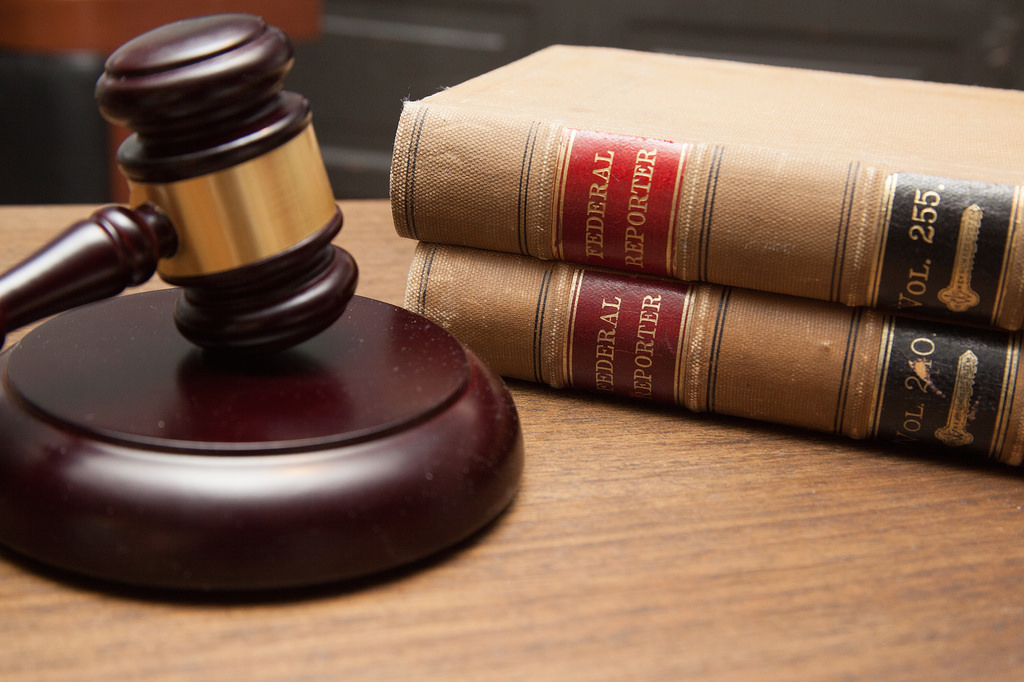 Over time the courts have interpreted these laws in an increasingly expansive way:

In Street Crazy, Dr. Seager writes about his work in a psych emergency unit in Los Angeles in the 1990s.  This is an extreme, graphic example of the dysfunction made possible by our current legal system:

Pamela grew up in Maryland.  After a relatively uneventful childhood, as a young woman Pamela had a violent, psychotic break during which she stabbed her mother 47 times.  At her trial Pamela indicated voices had compelled the attack, and she was sent to a state hospital.  Amazingly, she was released after just one year.  With her new freedom she got on a bus and headed to Los Angeles.  After arriving in LA, Pamela’s schizophrenia began to encourage self-mutilation, and over the next couple years Pamela cut off the tips of all of her fingers, toes, nose, and ears.  This self-endangerment landed her in psych emergency 49 times.  Every time Pamela started taking medication, her condition improved, and she was released.  Once Pamela felt partially well again, she stopped taking her medication. On that 49th visit, Pamela had gouged out one of her eyes.

Even though the 1960s witnessed massive investment in publicly-funded healthcare through Medicaid and Medicare, the Community Mental Health Act of 1963 was immediately gutted of its major funding provisions.  The American Medical Association opposed including funds for personnel, and in the final bill nothing was set aside for staffing.

In the last year of his presidency, Jimmy Carter signed the Mental Health Systems Act (MHSA) of 1980, which provided more grant funding directly to community mental health centers. However, even after John Hinkley, Jr. – a man suffering from an untreated psychotic disorder – attempted to assassinate President Reagan in March of 1981, Reagan went on to repeal most of MHSA later that same year.

By the mid-1980s, it was apparent that something had gone wrong:

The Great Recession accelerated the nation’s downward trend in mental-health spending. Between 2009 and 2012, America’s 50 state legislatures cut a total of nearly $4.5 billion in services for the mentally ill, even as patient intakes increased by nearly 10% during the height of the economic crisis.

It is now believed that 1/3 to 1/2 of all inmates in the US have a mental illness.  That’s 400,000 people.  The largest mental health facility in the country is now the Cook County Jail in Chicago.  The National Alliance on Mental Illness estimates that between 25 and 40 percent of all mentally ill Americans will be jailed or incarcerated at some point in their lives. 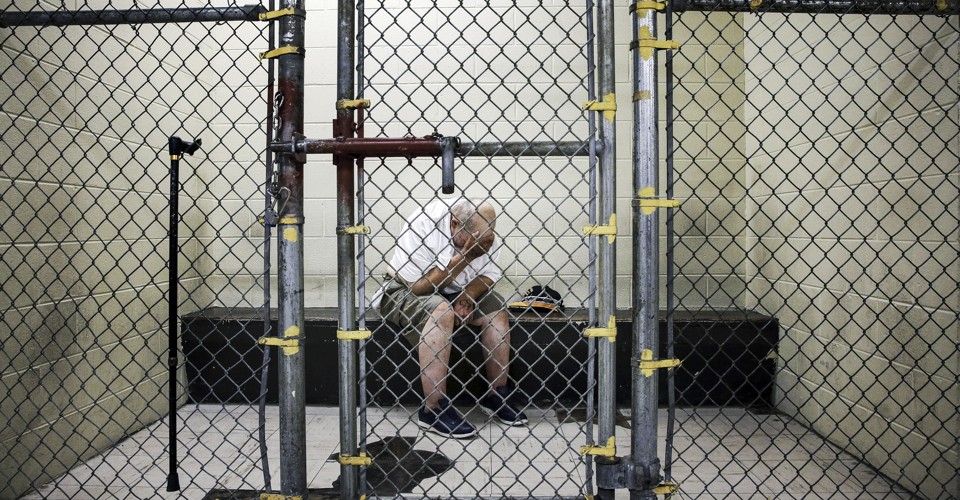 Most mentally ill inmates end up behind bars because of “crimes of survival” such as retail theft (to find food or supplies) or breaking and entering (to find a place to sleep). For those with mental illness, drug possession charges can often indicate attempts at self-medication.  The 1976 Supreme Court case Estelle v. Gabriel found that prisons are constitutionally required to provide adequate medical care to inmates in custody, thus, creating a potentially perverse incentive to commit crimes to receive treatment.

Like it was in the 1800s, jail continues to be a terrible place for people with mental health issues.  In Insane, Elissa Roth visited prisons across the country, observing mentally ill people without access to medication, constantly surrounded by loud noises and sounds, in tight confined spaces, sleep deprived, and often in isolation. Mentally ill inmates fail to understand the rules and punishment they’re expected to follow, and their conditions result in the exact opposite behavior of what correction officers desire – paranoia and noncompliance.

This depressing state of affairs was not inevitable.  It is the direct result of decades of policy decisions to stifle the community health mental vision.  But that original vision is still sound.  And there is reason to hope that one day we will fully implement it.