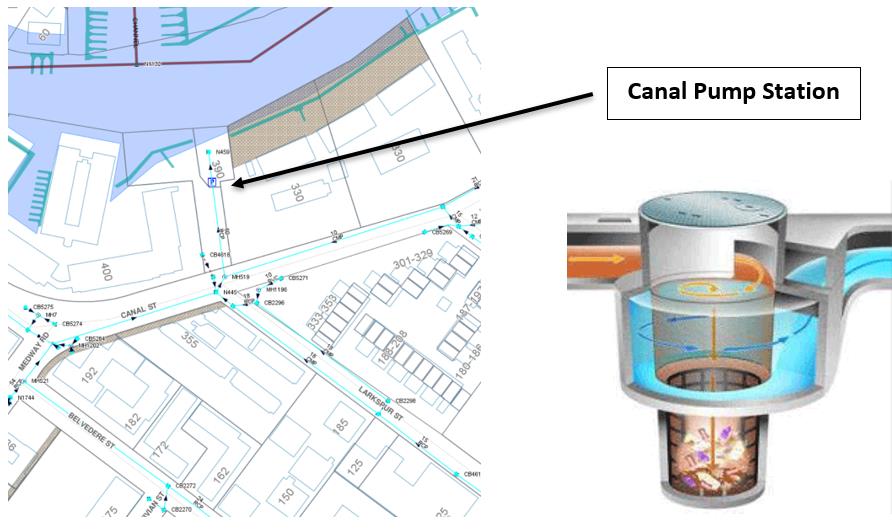 The Marin County Stormwater Pollution Prevention Program (MCSTOPPP) made up of Marin’s 11 cities and towns and the County of Marin recently  received a nearly $700,000 grant to fund trash control infrastructure. MCSTOPPP was one of eight Bay Area communities that were selected by the EPA for funding. This is an important boost to local effort to implement trash capture devices.

San Rafael, along with all MCSTOPPP members will be required by the State Regional Water Board to capture all trash prior to discharge into our creeks and the bay. All trash larger than 5 mm in diameter, think cigarette butts, will need to be captured in order to remain compliant. The City will have until 2030 to fully implement trash capture devices.

Due to San Rafael’s higher density and commercial areas, it is estimated that nearly 2/3 of the area in the County that has high levels of trash are within the City of San Rafael. With that figure in mind, Public Works staff recently met with MCSTOPPP to discuss how we could work together to use this grant funding to start tackling this issue. With much of the trash in the County located in San Rafael, the City is in line to receive a significant portion of the grant funds.

The Canal Pump Station, serving one of the areas with the highest trash generation in the City was discussed as a suitable candidate for a large trash capture device. These devices, called hydrodynamic separators use gravity and the natural flow of the water to separate trash, sediment, and oils. These devices don’t require any moving parts and are pumped out with the large vactor trucks Public Works already operates. This ensures low long-term operating cost which is an important factor to reduce maintenance staff time which is critical during storm events.

The City looks forward to continuing to work with MCSTOPPP to ensure that San Rafael is fully compliant with trash capture regulations by 2030.