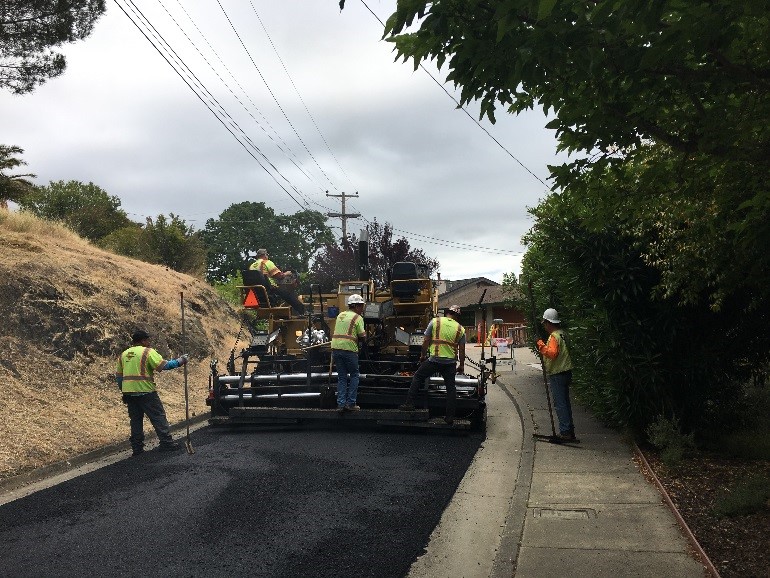 The City has begun its annual street resurfacing project this week. Several streets have already undergone a full grind and contractors began the asphalt overlay. In total, this year’s project will include resurfacing of 4 miles of roadway and the installation of 13 ADA-compliant curb ramps. The project is funded through Gas tax revenues and the local Measure A Transportation Sales Tax.

Next week contractors will pave:

For more on which roads will be resurfaced in this year’s project, check out the April 16, 2018 staff report in which the contract for this year was awarded.