During the first week of July we received information from a disabled resident that he was not able to access the Harry Barbier Memorial Park near the Nike missile site due to the lack of clearance at the entrance. Unfortunately, his mobility device could not fit in between the metal posts. Bill Guerin, Director of Public Works, tasked Streets Division to remedy the issue by removing one of the metal beams. Kenny Gaitlin and Arturo Tinoco were on the case to make the change.

During the 1950s, The U.S. Military installed solid steel posts that were three (3) feet deep and reinforced with concrete. Originally, we had planned to cut the beams out using a torch but due to the weather and high fire danger in the area, our crews decided to remove the post manually. Kenny and Arturo had to use heavy equipment to dig the posts out and backfill the remaining hole in the ground. Staff also repaved the area to create an easier way to access the trail.

The caller was so happy that he can now bring his “handicap able adventure group” there and enjoy the spectacular views. This was a team effort amongst the Public Works staff and Kenny and Arturo played a huge role in making this happen. 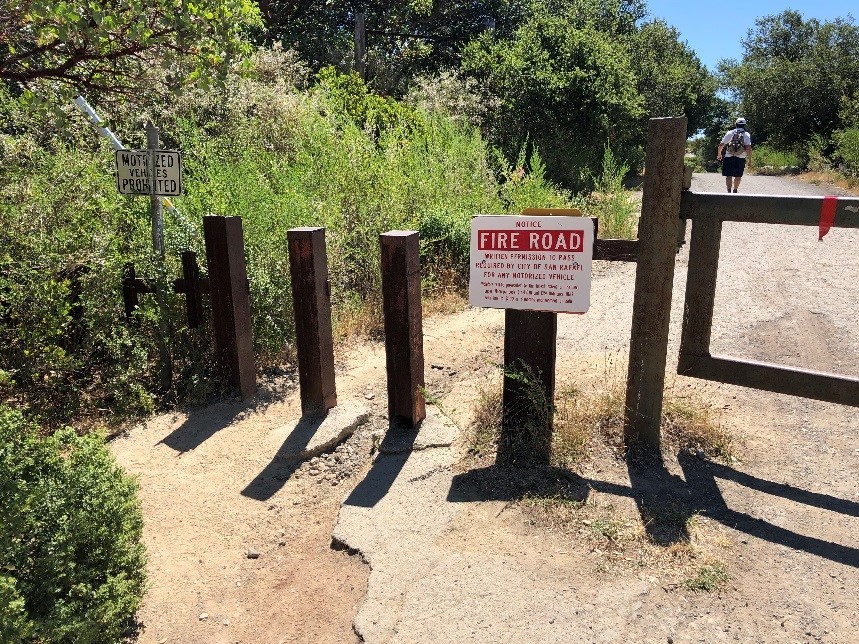