The Streets Division’s paint crew has been trying to catch up with maintenance upkeep in the Terra Linda neighborhoods. Trevor Thomas and Matt Von Bima were hard at work repainting all the crosswalks, stops, limit lines, turn arrows and many more. The duo painted for three (3) days to help make the traffic markings for visible to not just pedestrians, but also vehicles. The bike lanes were also improved! Tyler Nord and Brendan Smith repainted the bike lines and made them conform with the California Manual on Uniform Traffic Control Devices (CA MUTCD) – from four (4) inches to six (6) inch line widths. The crews roughly used 60 gallons of paint to spruce up the roads. The team is doing their part to make the roads as safe as they can be. 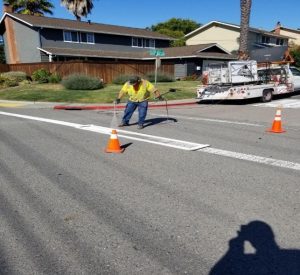 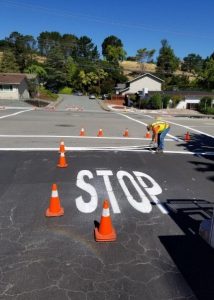 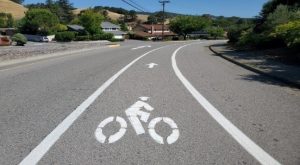