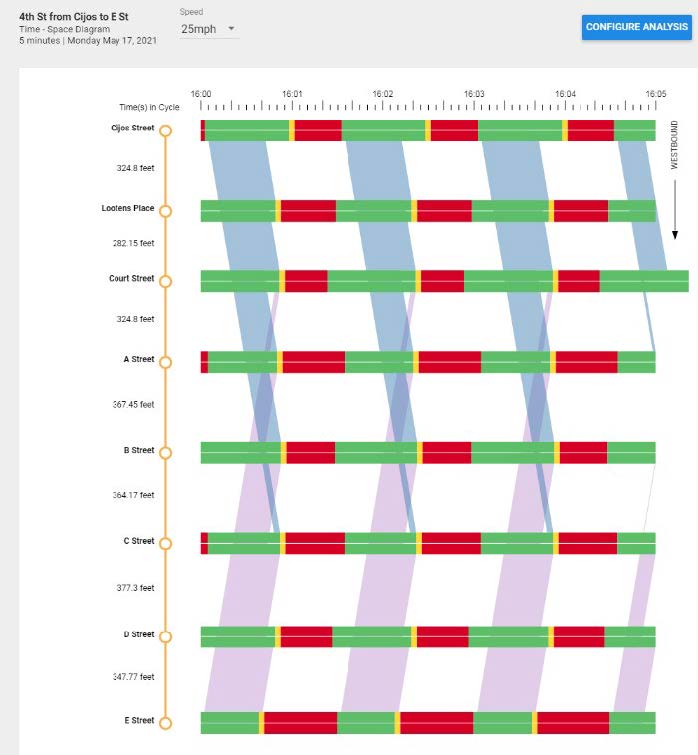 Fourth Street has a different use than Second and Third Streets. Fourth Street is our commercial corridor, filled with retail, restaurants, and services. As a result, pedestrian volumes are higher on this street than Second and Third Streets. On Thursdays and Fridays, residents and visitors have been enjoying Dining Under the Lights. In June, we lowered the cycle length on Fourth Street from 90 seconds to 75 seconds. Longer cycle lengths are better for capacity, but shorter cycle lengths are better for circulation for alternative modes. Below is a picture of the Fourth Street time-space diagram from May and August. The goal is to get the blue band from the top left to the bottom right and the purple band from the bottom left to the top right. The thicker the band means more vehicles are moving through. In May, vehicles were getting through four intersections before having to stop. In August, a portion of the platoon is getting through eight intersections – in both directions! 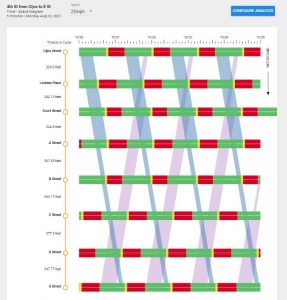