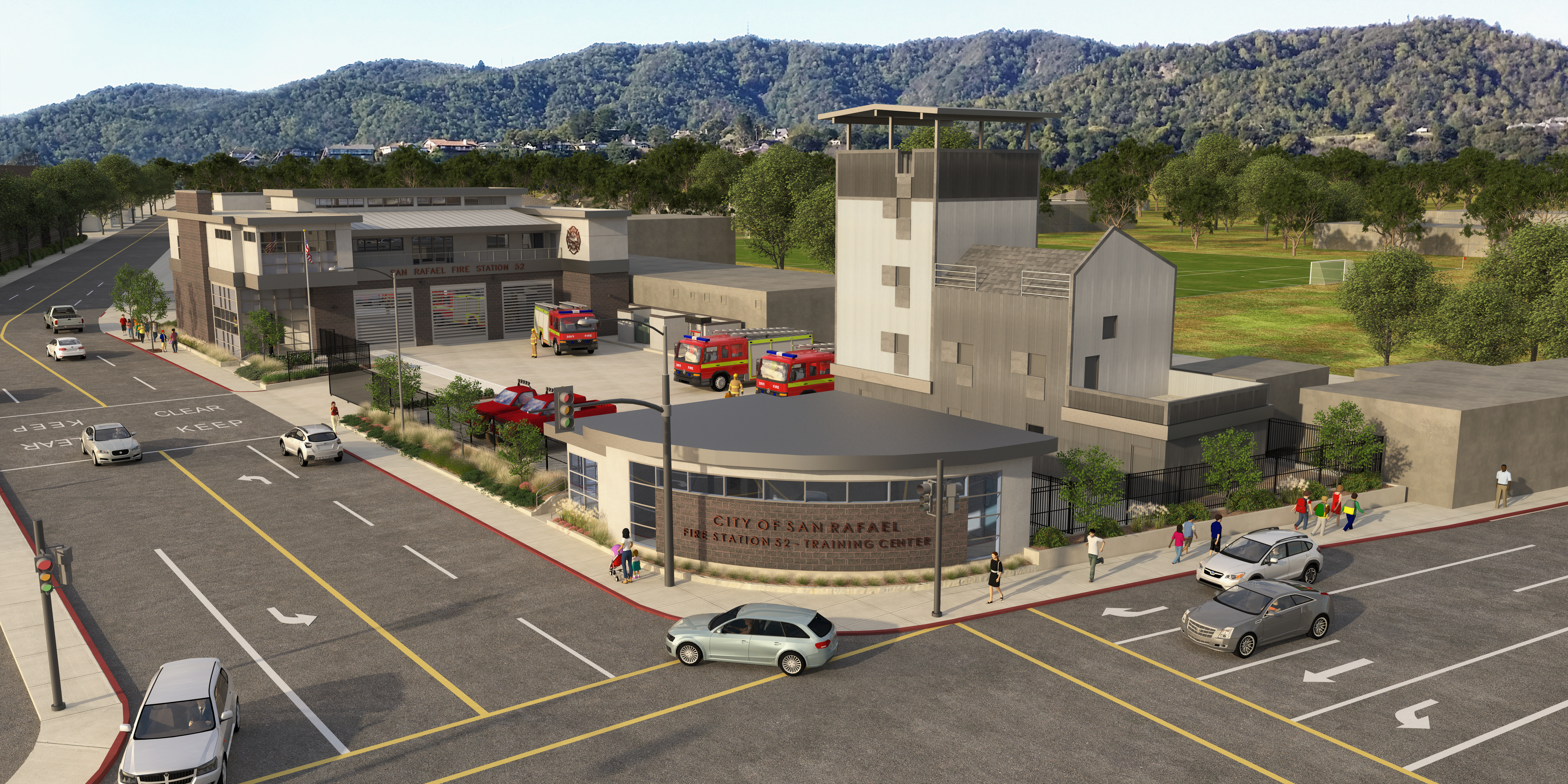 In November 2013, Measure E was passed by the voters of San Rafael extending for
20 years an existing 0.5% sales tax and adding 0.25% in an effort to set aside funds to
begin to address the aging public safety facilities in San Rafael. In July 2015 the City
Council approved a strategic plan for essential public safety facilities which updated
the 2003 facility condition assessments, developed space needs of essential facilities,
feasibility studies of improving existing and new public safety facilities, developed
project budgets and funding plan, prioritized projects, and developed a phasing and
implementation schedule. The plan recommended seven projects including a new
public safety center housing both the police and fire departments as well as the
rebuilding of Fire Station 51, 52 and 57. In addition, the plan recommended upgrades
to the other fire stations for seismic safety and operational improvements. In late
2015, architect and construction management team began the design process for the
Phase 1 projects, which included Fire Station 51, 52, 57 and the Public Safety Center.
This report provides a current update on the progress of Fire Station 52 located
on the corner of 3rd Street and Union.

The new 10,973 square foot, two-story fire station, will remain located at 210 Third
Street, San Rafael, California, and will house five on-duty fire fighters. The new station
is designed to accommodate six on-duty personnel should additional staffing be
required to better serve the community. The core elements of the new station
include three drive-through apparatus bays, apparatus support spaces, public lobby,
accessible restroom, office, kitchen, dining, dayroom, laundry room, private sleeping
quarters, unisex restrooms, mechanical, electrical, communications rooms and staff
parking. Other notable site/adjacent improvements include a second new structure
will be a four-story training tower. The new 3,322 square foot, 46’ high, preengineered
building will be located at the south/east corner of the site and will
provide a variety of training scenario opportunities, not only for SRFD, but also for
other neighboring fire departments. Finally, the third new building on the site will
be a 1,297 square foot, 24-person, training classroom. The facility will serve as a
training academy by day and will be utilized in the evening for certification
training/meetings, CPR classes, and other fire prevention functions.

During the month of July, Alten Construction (general contractor) continued to
mobilize on site and set up construction trailers for their staff as well as the City’s
Construction Management firm (Kitchell). While performing these duties, the
contractor’s crews and subcontractors began site clearing of the site was undertaken
for the over excavation of approximately 2’ feet throughout. A few areas of unsuitable
soil were discovered and additional stabilization was done in these areas to make
them ready for the foundation phase. Upon completion of the grading activities,
crews began laying out the building and the contractor began digging footings for the
classroom building and fire station buildings. The review and processing of submittals and Request for Information (RFI’s) continued at high volume/pace.

Back to Monthly Updates