Starting October 11, the City’s contractor, West Coast Arborists, Inc., will be performing extensive roadside clearance in the West End and Gerstle Park neighborhood. Towards the end of October and beginning of November, the contractor will move on to the Bret Harte, Picnic Valley and Fairhills neighborhoods.

The vegetation work will include work alongside and overhead of the roadway with a focus on removing branches, thinning, and removing vegetation.

The City of San Rafael is part of the Marin Wildfire Prevention Authority (MWPA). In 2020, Marin County voters passed special tax Measure C , which established a Joint Powers Authority, the MWPA, to fund and oversee proactive state-of-the-art wildfire prevention and preparedness efforts within the County. The purpose of the project is to improve the safety of San Rafael roadways for routine use, emergency access, and emergency evacuation throughout neighborhoods, particularly in the hillsides of the San Rafael Zone. Improving the vegetation clearance along the identified routes will ensure safer routine use through improved visibility and clearance while also improving evacuation for residents and better access for first responders and emergency vehicles. The project will also improve access by local fire departments, improve visibility, and reduce heat exposure for evacuating residents in the event of an approaching wildfire.

Detours will be in place. Please follow all posted traffic directional signs and traverse with caution. 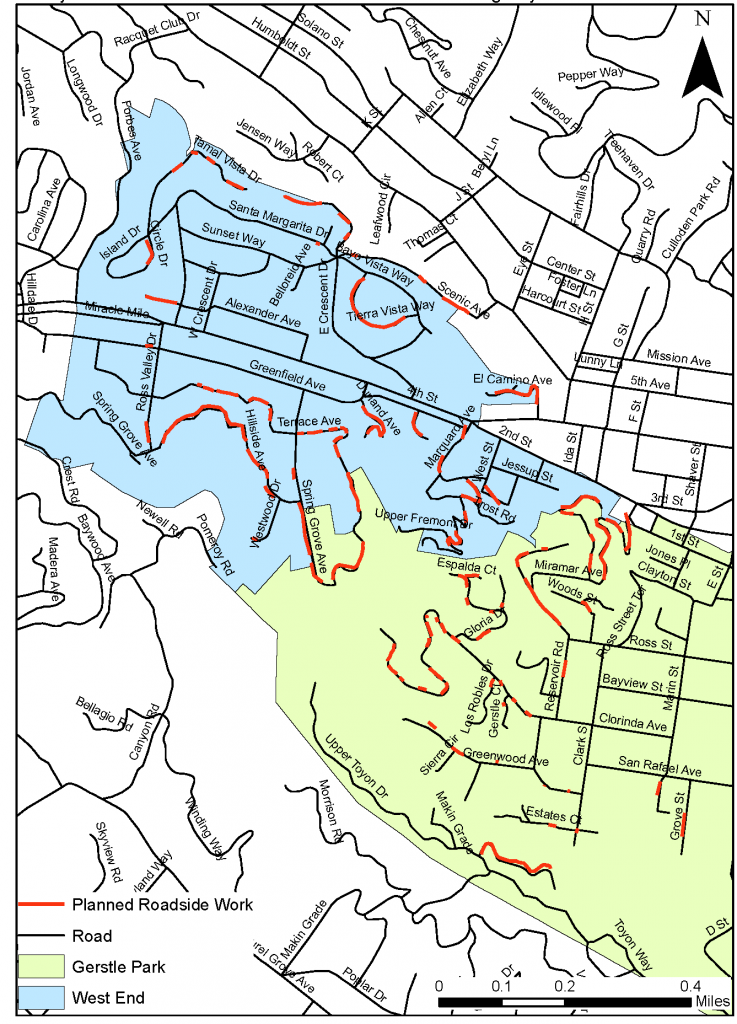 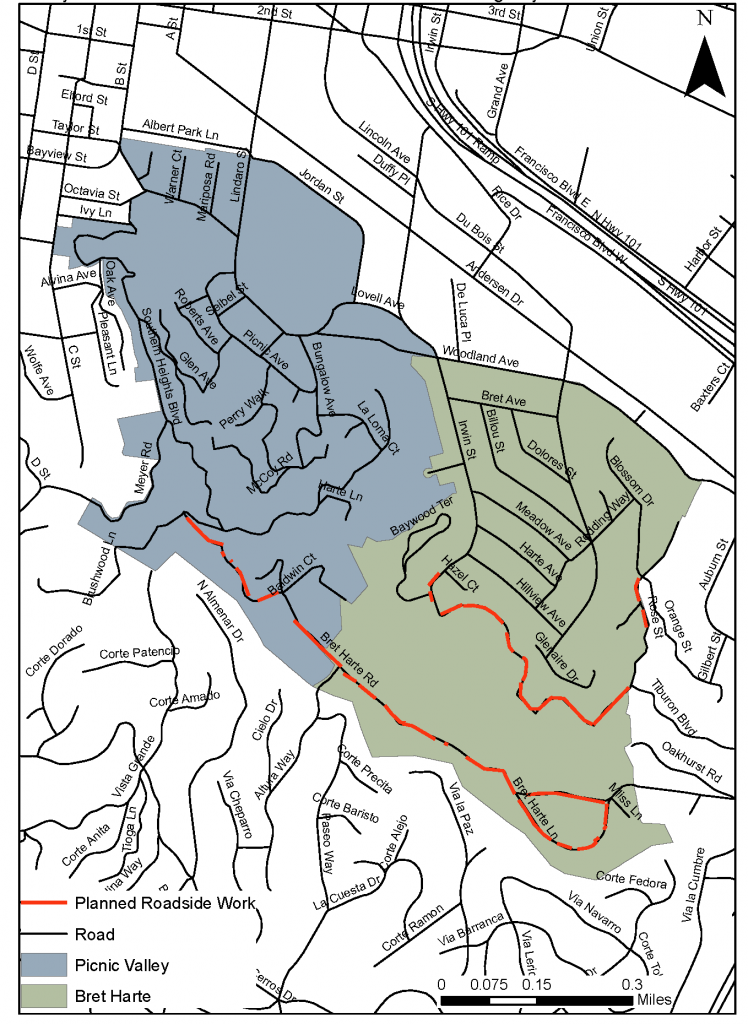 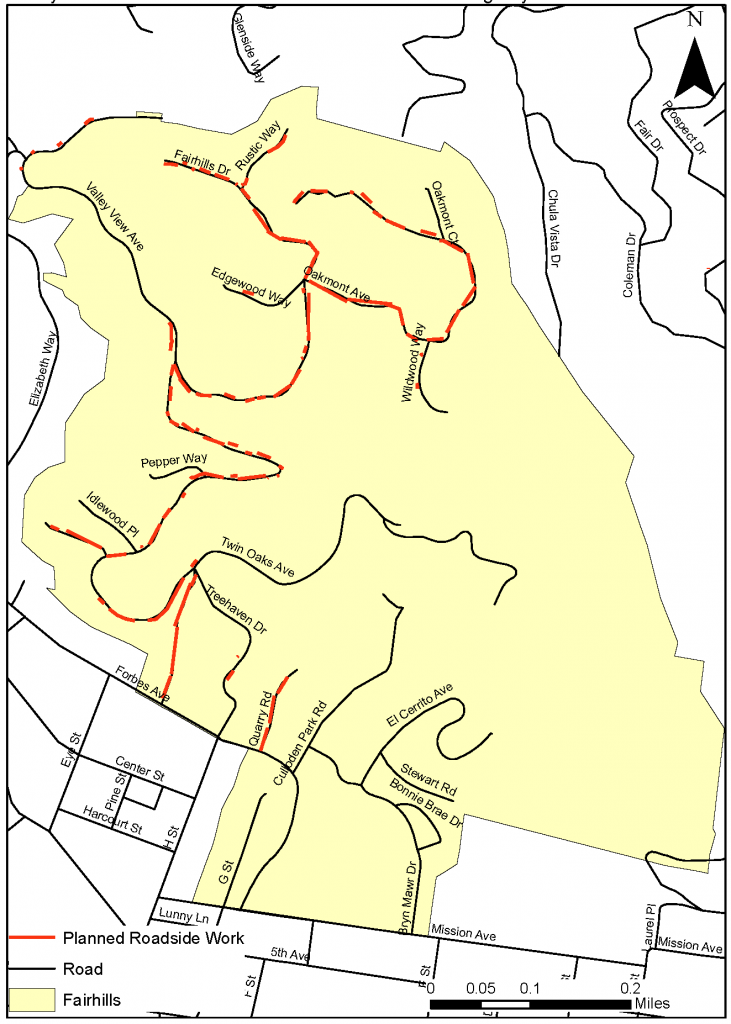