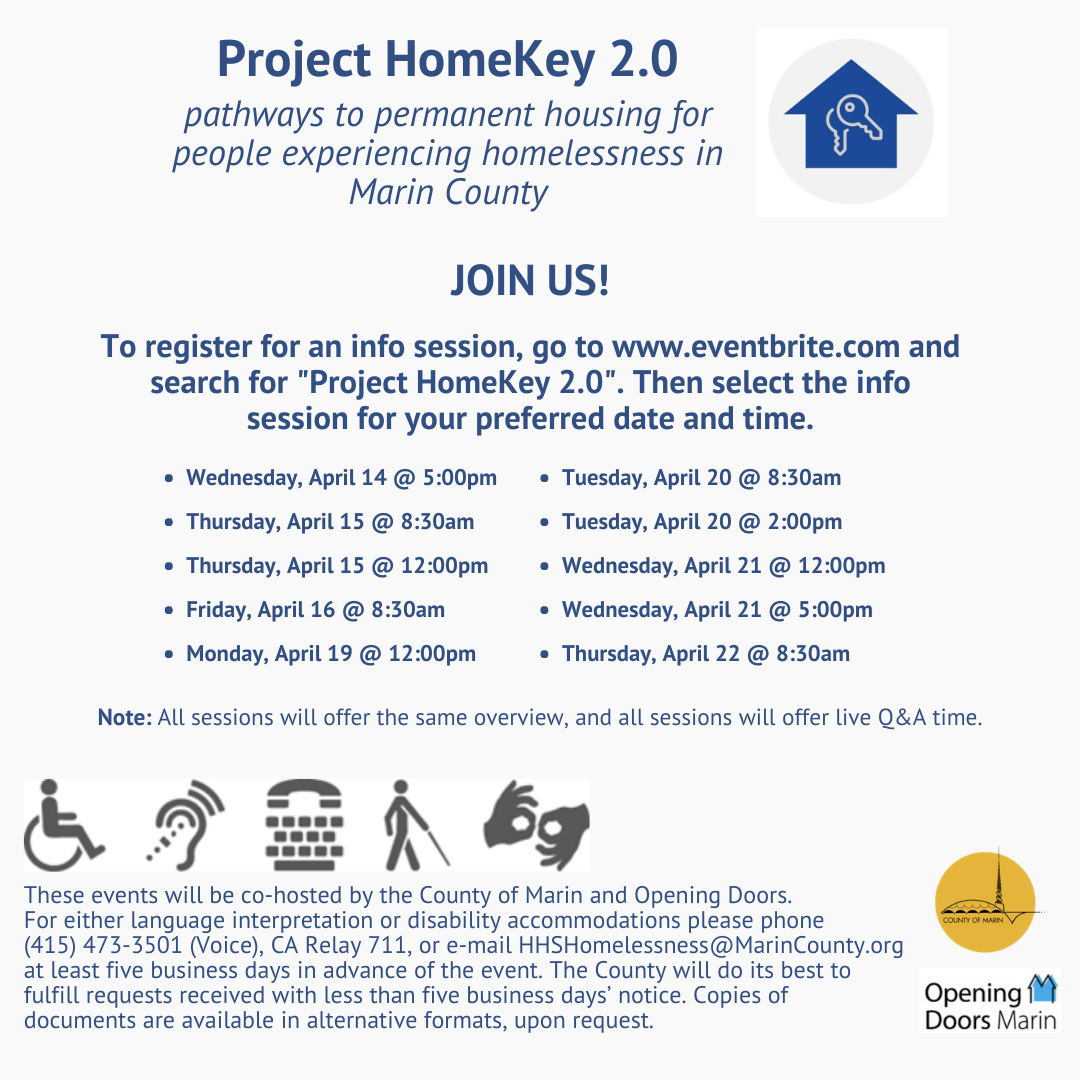 During this week and next, Opening Doors Marin, in partnership with the County of Marin, is hosting a series of ten community information sessions about a possible Homekey 2.0 program funded by the State of California. The goal of these sessions is to provide an overview of Homekey 1.0, describe what Homekey 2.0 might look like, and solicit community feedback about both the process and possible projects.