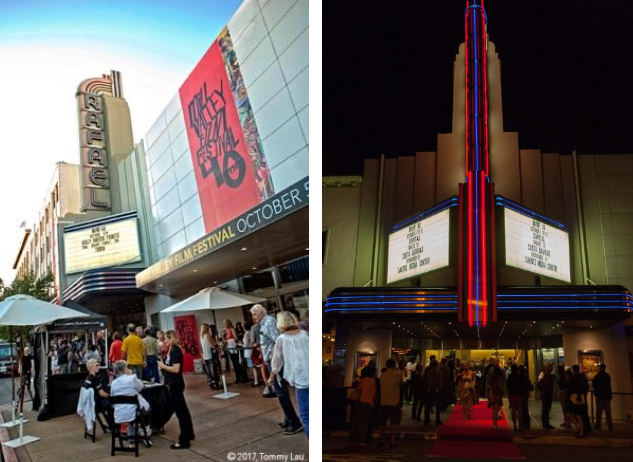 Photos of the Christopher B. Smith Rafael Film Center at left by Tommy Lau and at right by Drew Altizer

This year the Mill Valley Film Festival celebrates 40 amazing years of the “filmmakers’ festival.” The festival is known around the world for showing the best in American independent and world cinema alongside high profile and prestigious award contenders. This year’s festival is October 5 to 15. Locations this year include CinéArts@Sequoia in Mill Valley, Christopher B. Smith Rafael Film Center in San Rafael, the Lark Theatre in Larkspur, Cinema Corte Madera and other theatres throughout the Bay Area.

The festival has an impressive track record of launching new films and new filmmakers, and has earned a reputation as a filmmakers’ festival by celebrating the best in American independent and foreign films, alongside high-profile and prestigious award contenders.  Each year the festival welcomes more than 200 filmmakers, representing more than 50 countries. Screening sections include World Cinema; US Cinema; Valley of the Docs; Children’s FilmFest; a daily shorts program; and Active Cinema, MVFF’s activist films initiative. MORE INFO