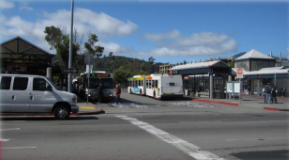 As you likely know, the SMART rail line bisects the existing Bettini Transit Center in Downtown San Rafael owned by the Golden Gate Bridge, Highway, and Transportation District. As SMART is currently underway with their construction of their extension to Larkspur, modifications will be made to the existing transit center so that bus service can continue on that site temporarily. However, a new permanent home for the transit center must be developed and GGBHTD is leading that effort working closely with the City of San Rafael, Marin Transit, SMART, the Transportation Authority of Marin, and others. At their 7 p.m. meeting on Monday, the City Council will hear from the community and discuss their views as to the future of this important Downtown Gateway area. READ THE STAFF REPORT