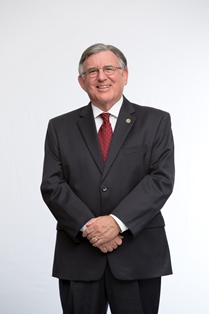 Gary and his wife of over 40 years, Linda, have made San Rafael their home since 1972.  Together, they’ve raised their three children, Kenneth, Janette, Lisa, and become active members in the San Rafael community.

Gary then went on to serve three years on the San Rafael Planning Commission. While he was on the Commission, he provided pragmatic and informed decision making on important planning issues.

In 1994, Gary ran for a seat on the San Rafael City Council and won the election. Ultimately, he was re-elected to the Council three times serving from 1995 to 2007, and elected Mayor in 2011.

As a Mayor, Gary is known for his abilities to bring consensus, make decisions based on his principles and provide strong leadership at critical times.  During his service on the San Rafael City Council, Gary has worked tirelessly to revitalize Downtown, improve our City parks and community centers and make sound environmental choices. Gary’s professional skills as a Certified Public Accountant also give him an expert understanding of fiscal matters and budgetary issues before the Council.

In his professional life, Gary is a retired partner of DZH Phillips LLP, a San Francisco CPA/Business Advisory and Consulting firm which employs over 100 people in San Francisco, Oakland, San Rafael and Burlingame. He served as Managing Partner for 15 years, and head of the Business Consulting and Advisory services division specializing in business valuations, mergers and acquisitions and litigation support.  Gary sat on the advisory boards of Golden Gate University and a regional bank.   He received his Degree and MBA from Humboldt State University with additional studies at the University of California – Berkeley.