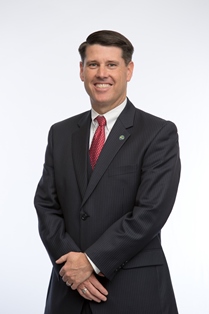 John Gamblin was appointed to the San Rafael City Council in December 2014. He has been a resident of Marin County for a total of 23 years. John and his wife, Lisa, and two children, Sarah and Ryan, have called Terra Linda their home since 2007.

Prior to his appointment, John’s community involvement included service as a Commissioner on the San Rafael Parks and Recreation Commission (2013-2014). He has also served as a member of the Board of Directors for the Family and Children’s Law Center in San Rafael, a non-profit organization that provides low-cost legal services to families and children dealing with child abuse, domestic violence and custody issues (2007-2014). John volunteered as a coach with the Dixie Youth Soccer Organization (2013-2014).

John’s vision for San Rafael is for it to be a city that is embraced by its citizens and visitors as a welcoming and thriving destination for all those seeking the opportunity to live, work, or start a business in a community that cares for its members.